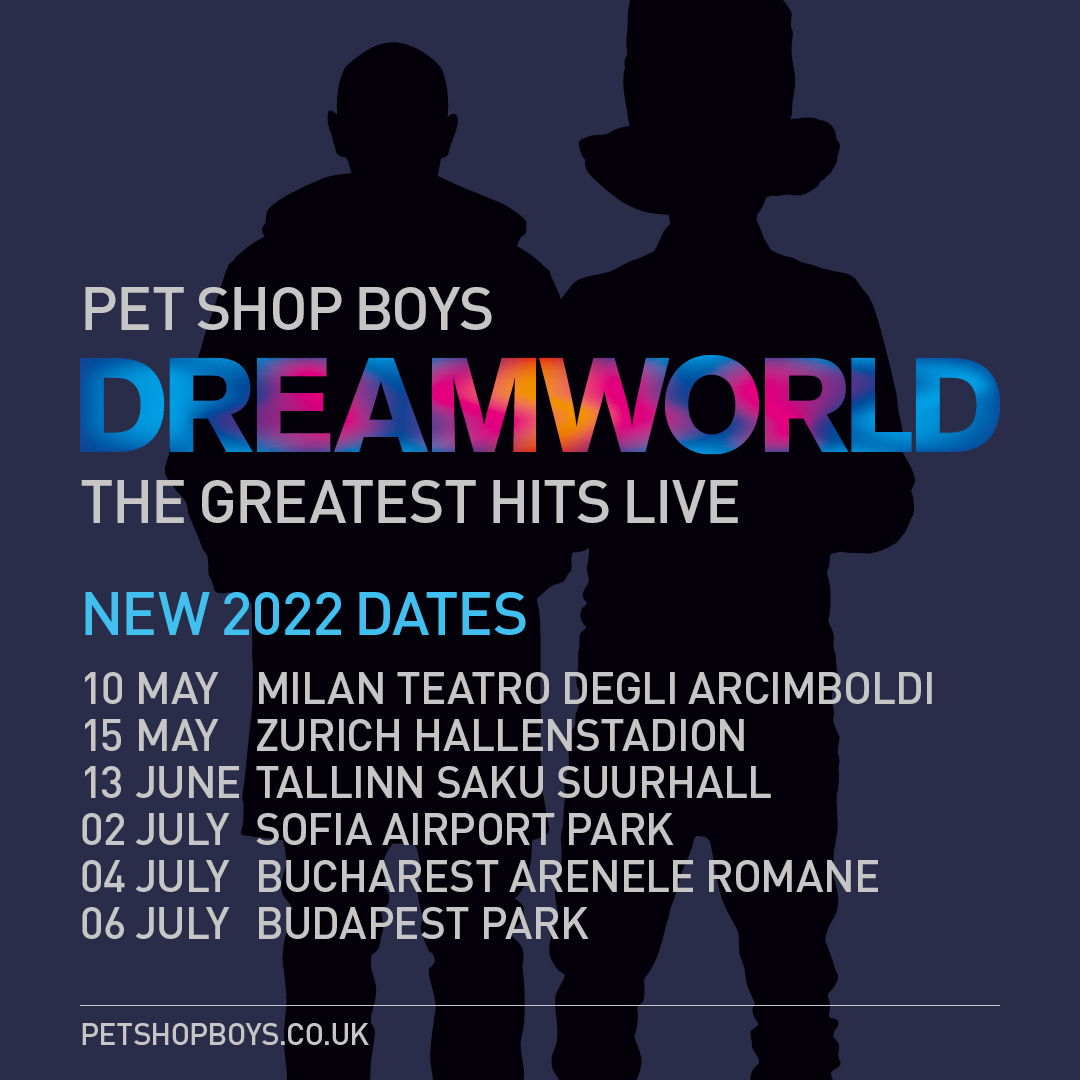 Pet Shop Boys are delighted to announce six new dates for next year’s “Dreamworld: The Greatest Hits Live” European tour! Now scheduled to kick off in Milan on 10th May 2022, the tour will see PSB also perform in Zurich, Tallinn, Sofia, Bucharest and Budapest throughout May, June and July.

Tickets for all shows are now on sale and available at the link below.

Pet Shop Boys today release on DVD and 2-CD their classic concert, “Discovery: Live in Rio 1994”, which is available to purchase now at the link below.The DVD and CDs document a show very different in feel to the two ground-breaking tours that preceded it in 1989 and 1991.

Pet Shop Boys are delighted to confirm that they will be headlining next year’s edition of Bilbao BBK Live festival, which is now taking place between 7th and 9th July, 2022. In light of the continued uncertainty surrounding the COVID-19 pandemic, further details on the event will be released in due course. Full promoter statement below. 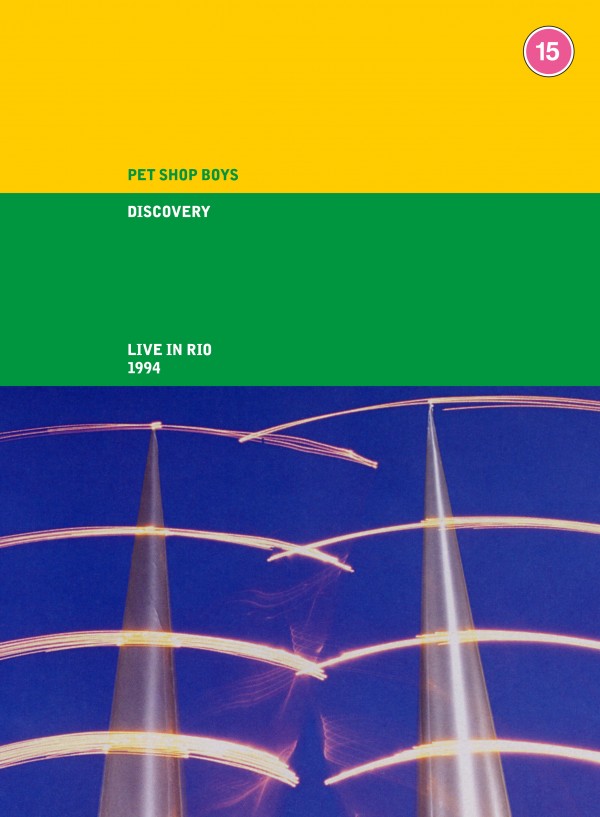 The Boys perform in Houston. Their renditions this evening of 'Always on My Mind' and 'Being Boring' later appear on the 'You Only Tell Me You Love Me When You're Drunk' single.

They travel to Cuba on holiday with friends.

BBC Radio 2 airs the first half of an interview/popumentary, Pet Shop Boys, Really.

Resuming their brief series of 'Fundamental tour addendum' concerts in Spain, Chris and Neil travel by train from Barcelona to Valencia, where they perform this evening at the Greenspace Festival.

An hour-long show that the Boys have produced and pre-recorded for Berlin-based Radio Eins—part of a series entitled Freundliche Übernahme ('Friendly Takeover')—is broadcast this evening. It consists of music chosen, sequenced, and introduced by Neil and Chris. Meanwhile, they bring their Super Tour tonight to Portland, Oregon.

The 'Dreamland' single, previously released in streaming and digital formats, is released in physical formats today. 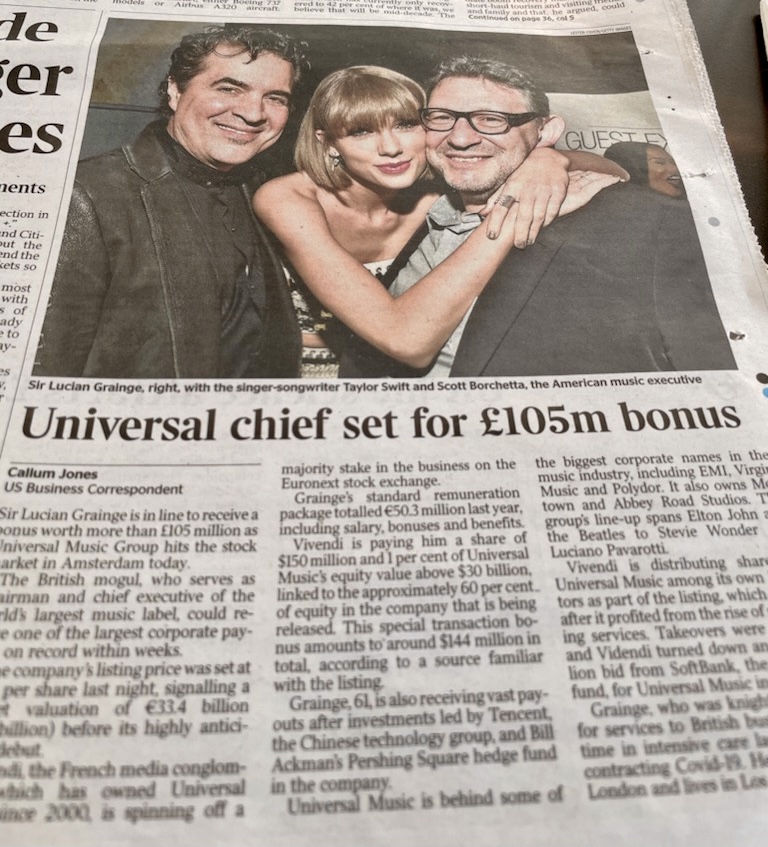 “What are we going to do about the rich?”

How can one man deserve this level of remuneration? Neil x 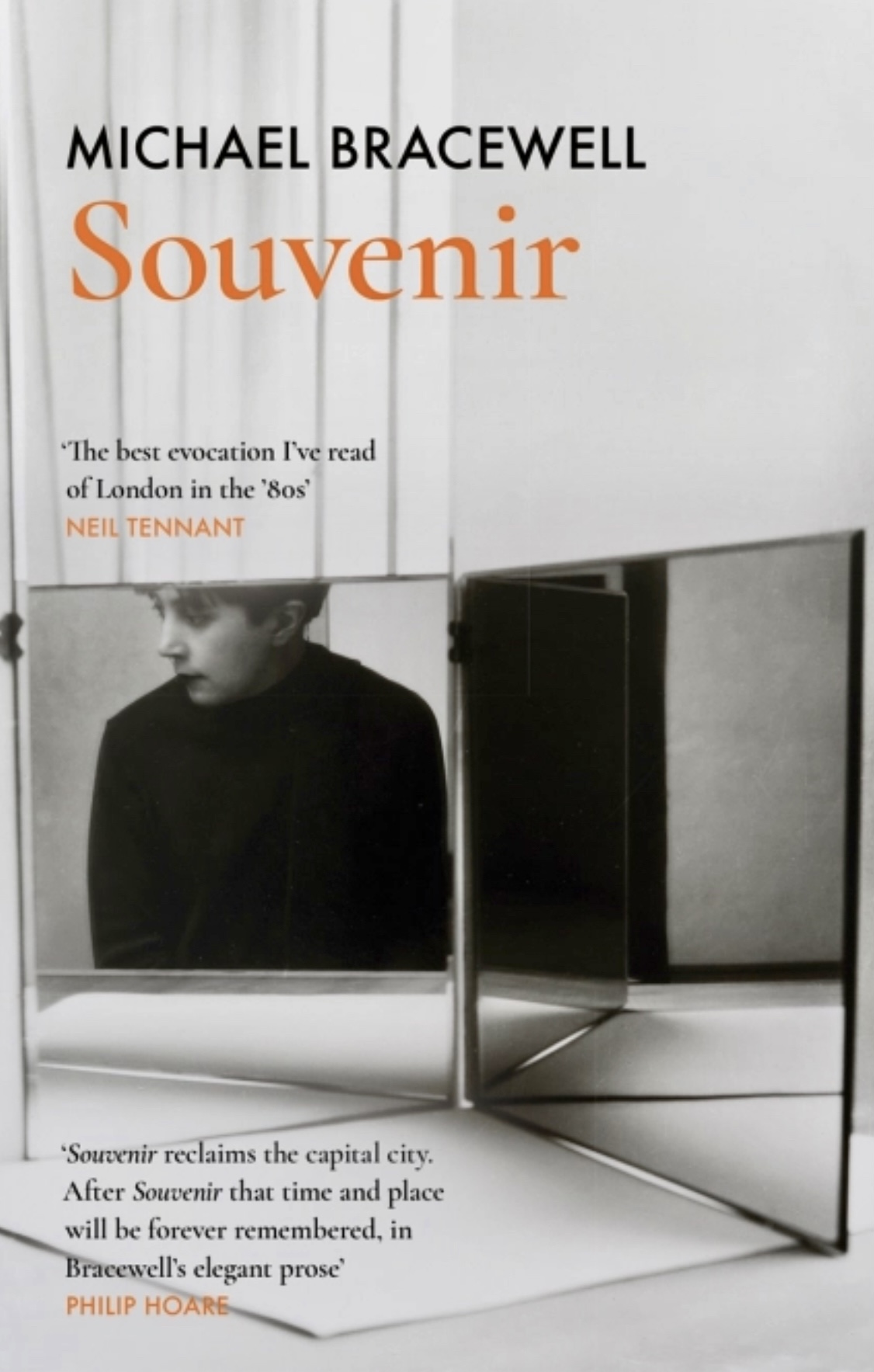