Farewell to The Bear 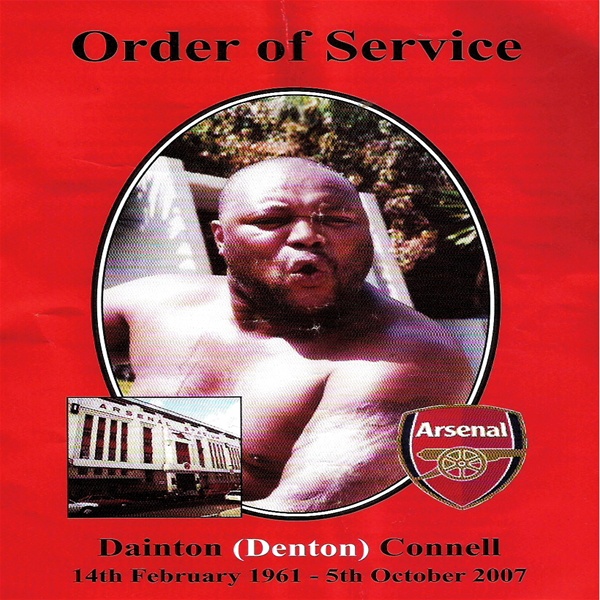 Thousands of people walked from the Arsenal Emirates stadium through the streets of Islington, North London, this morning in tribute to Dainton Connell, a.k.a. "The Bear". In a remarkable scene, more like a state funeral than a private internment, Holloway Road was closed by the police to allow the procession to take place. Then mourners including Chris Lowe, Neil Tennant, ex-Arsenal footballers Ian Wright and Lee Dixon, Little Britain stars Matt Lucas and David Walliams, boxer Frank Bruno, journalist and broadcaster Janet Street-Porter, artist Sam Taylor-Wood, singer Sylvia Mason-James, and hundreds of friends and Arsenal supporters joined Dainton's wife and family for the funeral service at St Mary Magdalane Church conducted by three vicars, including the priest who married Dainton and his wife Mandy 31 years ago. Past and present PSB managers David Dorrell, Mitch Clark and Jill Carrington were also present, along with members of the Lowe and Tennant families. Chris Lowe read from The Bible (Revelation 21: 1-7) as part of the service. The service was broadcast via speakers to a huge crowd standing outside the church in bright sunshine. We would like, once again, to thank all fans and friends who have sent messages of condolence and flowers. Further reports of the funeral can be found at the links below.