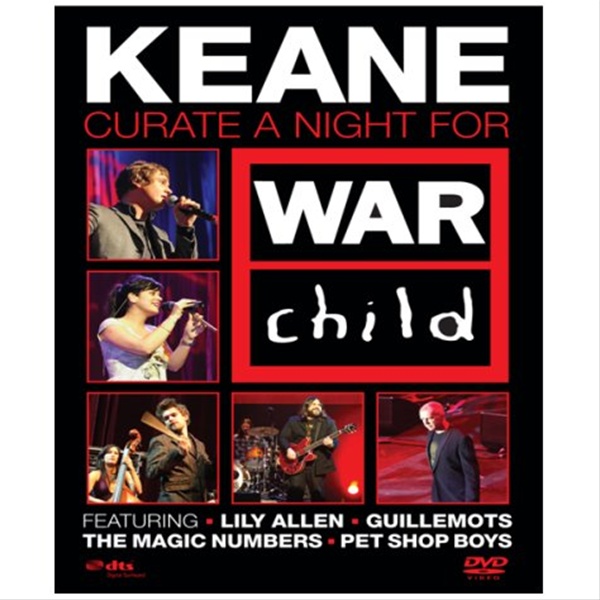 Pet Shop Boys appear in a new DVD of last November's Brixton Academy concert for War Child, curated by Keane. Two PSB songs are included ("Being boring" and "Integral") alongside performances by Guillemots, Lily Allen, Magic Numbers, Keane and others. The DVD entitled "Keane Curate A Night For War Child" will be released on September 15th. All profits will go to the War Child Charity.