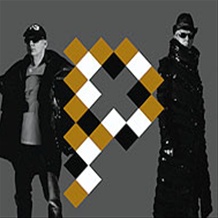 Pet Shop Boys arrived in Lima, Peru, last night to appear on TV ahead of their concert here on Tuesday. After an enthusiastic greeting from fans at the airport, they were driven straight to the TV studios to appear live on "El Show de los Sueños" where they were interview by host Gisela Valcárcel and performed two songs, "Love etc." and "Always on my mind". Tuesday's concert will be at The Jockey Club in Lima. This leg of Pet Shop Boys' "Pandemonium" tour began in Montreal on August 29th and has taken them through Canada, the USA, Mexico, Chile, Brazil, Argentina and now Peru. The third leg of the tour begins in Athens on November 20th, and visits Greece, Ukraine, Croatia, Slovakia, Czech Republic, Germany, Austria, Denmark, Belgium and the UK before ending in London at the O2 Arena on December 21st. Full venue and ticket details can be found in the TOUR section on this site.