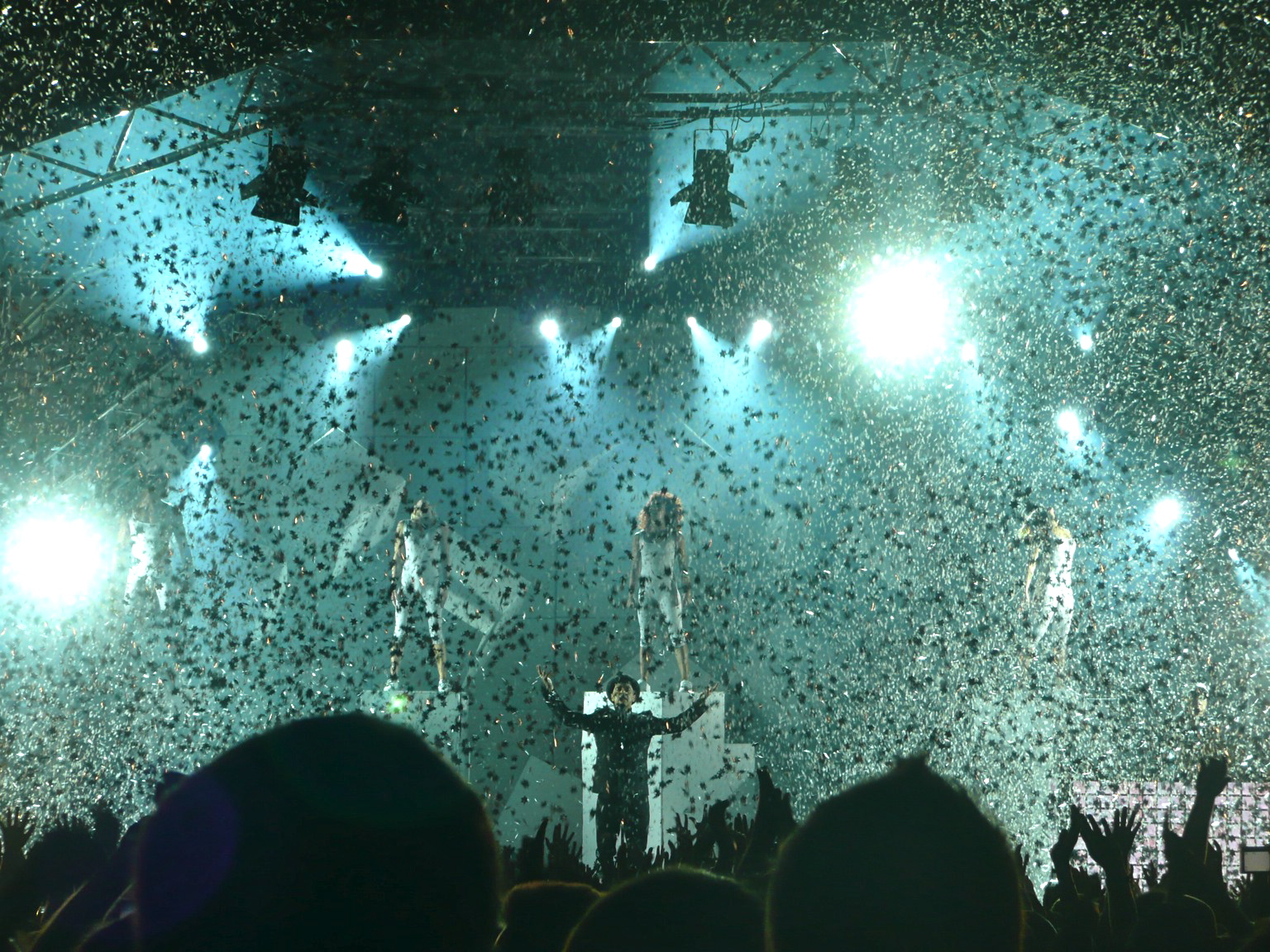 The Pandemonium tour which began in St Petersburg, Russia, in June last year officially ended on Friday in Santiago De Compostela, Spain, after 88 performances in over 30 countries. However in recent days there have been suggestions that the tour will make it to Australia, Japan and the Far East in January. Full details will be on this site if and when we have them.