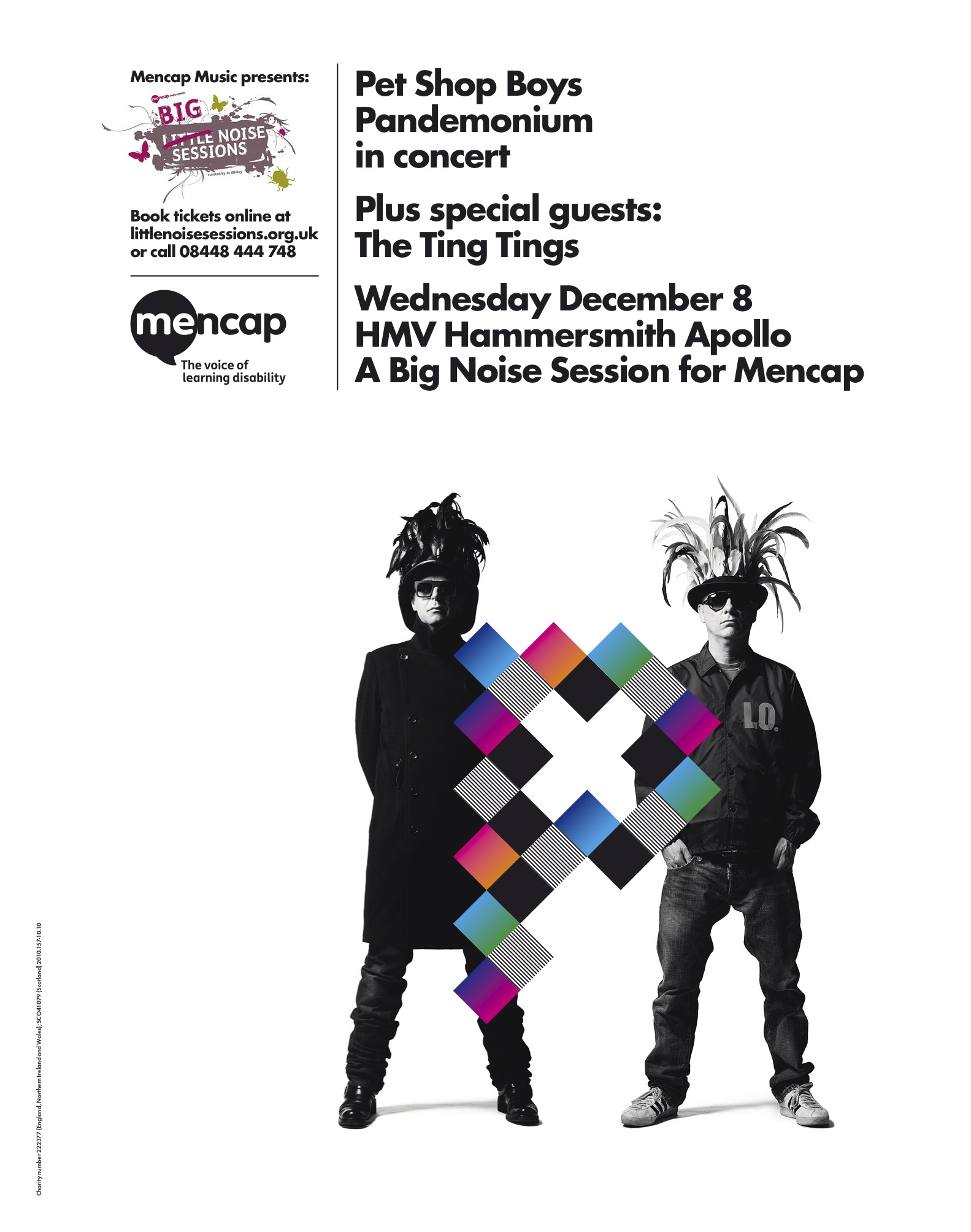 Next Wednesday, December 8th, Pet Shop Boys will play the last ever date of the acclaimed Pandemonium tour which began in June last year. Previous London dates on the Pandemonium tour have been at the O2 Arena so this is a great chance to see in a theatre, the Hammersmith Apollo, the full production designed by Es Devlin which was such a triumphant success at the Glastonbury Festival this summer. Radio 1 and 2 DJ Jo Whiley organises a series of "Little Noise" and "Big Noise" benefit concerts for the charity Mencap each year, and approached Neil and Chris to play this concert after their Glastonbury performance. The special support group on December 8th are The Ting Tings and some tickets are still available from the link below. The Pandemonium tour began in St Petersburg, Russia, in June 2009, and has since visited Luxembourg, Germany, Switzerland, UK, Netherlands, Sweden, Finland, Denmark, Spain, Ireland, France, Belgium, Israel, Canada, the USA, Mexico, Chile, Brazil, Argentina, Peru, Greece, Croatia, Slovakia, Czech Republic, Austria, Italy, Hungary, Portugal, Taiwan and South Korea. There are no plans for any further dates so next week's Hammersmith show will be the the final opportunity to see the show.