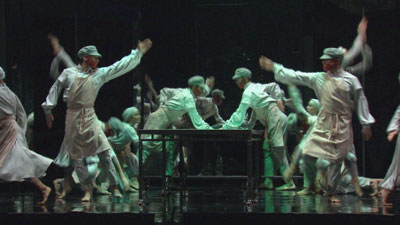 After four public preview performances, "The Most Incredible Thing", the new ballet choreographed by Javier De Frutos to music by Neil Tennant and Chris Lowe, has its official opening tonight at Sadler's Wells in London when critics will have the opportunity to review it. Performances continue until Saturday, March 26th, and all tickets are sold out. "The Most Incredible Thing" will return to Sadler's Wells next year for two weeks prior to going on tour. The entire production is being filmed by the BBC for broadcast on BBC4 TV later this year.