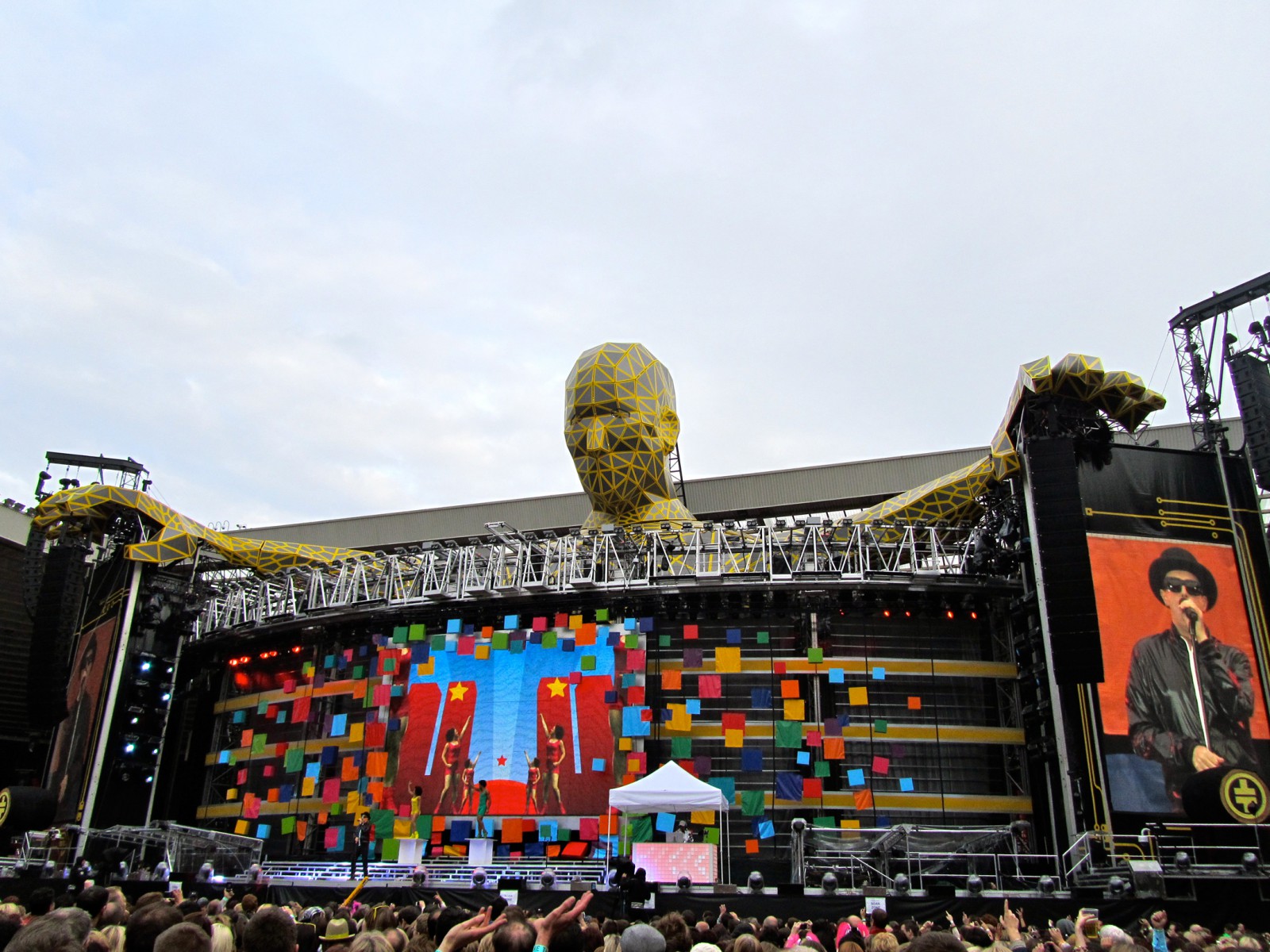 Take That's "Progress" tour, featuring Pet Shop Boys as special guests, opened last night in Sunderland at the Stadium of Light. Neil and Chris took to the stage at 7.15 pm and performed a 40-minute set of highlights from their "Pandemonium" show. The set list was: Heart, Love etc., Go West, Together, Always on my mind, Left to my own devices, Suburbia, Se a vida é, It's a sin, West End girls. Pet Shop Boys were joined onstage by the four dancer/singers from the "Pandemonium" tour and, for "West End girls", by eight of Take That's dancers (including Nathan Holliday who performed in the "Fundamental" tour). Es Devlin, who designed both of Pet Shop Boys' last two tour productions, oversaw the staging of Pet Shop Boys' set as well as being part of the creative team behind Take That's spectacular live production which sees Robbie Williams reunited with Take That. The tour runs until the end of July.