Win a ticket for Berlin 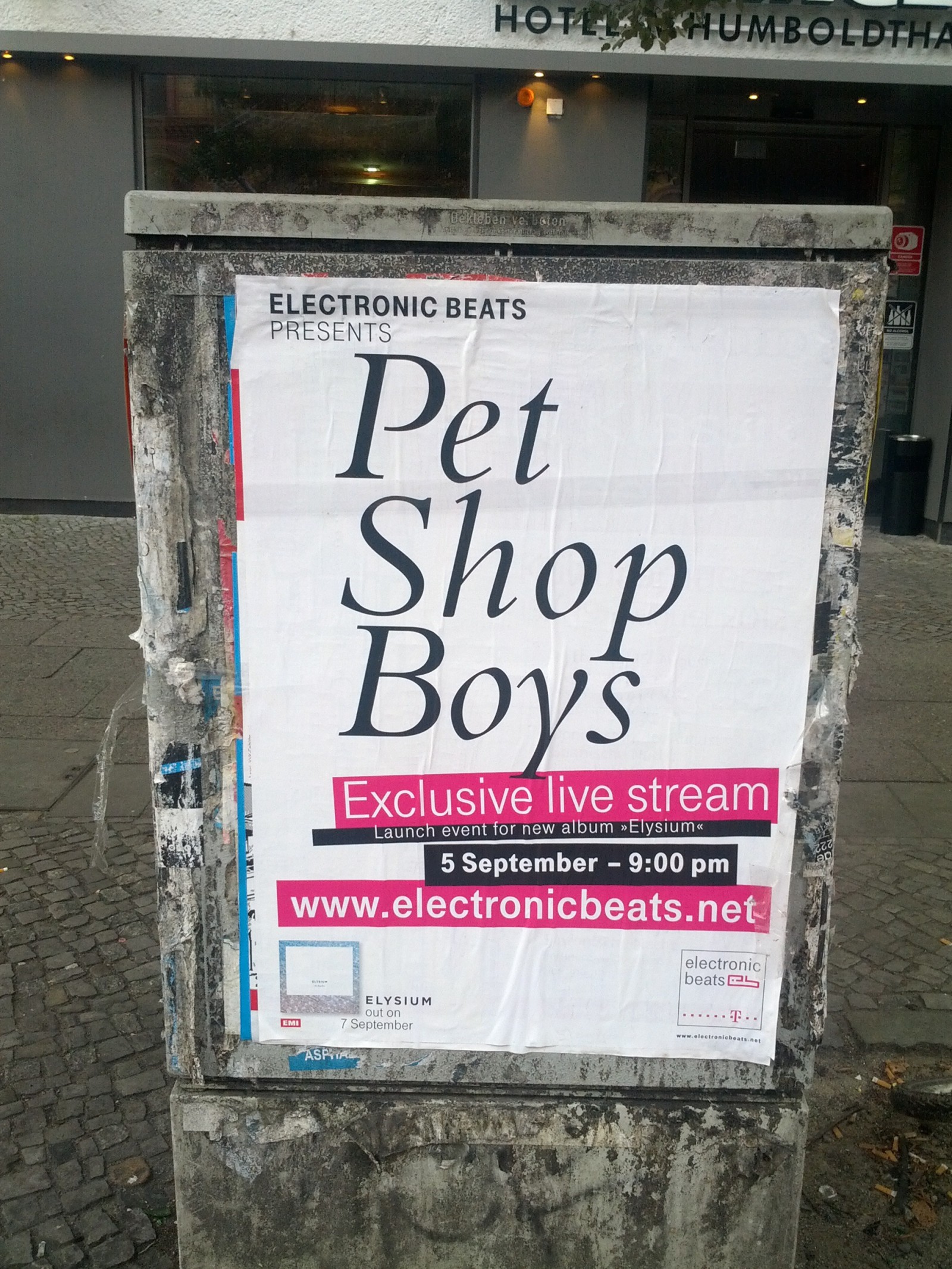 As previously announced, Pet Shop Boys will launch their new album, "Elysium", with a unique concert in Berlin on Wednesday, September 5th, which will be streamed live over ElectronicBeats.net. Tickets cannot be bought but they can be won! Go to the link below for full details of the competition organised by Electronic Beats magazine. You have until next Monday, August 27th, to enter. UPDATE, Monday, August 27th: All uploaded sound files have been filed and entered to the competition — all winners will receive a message via SoundCloud until Tuesday, 28 August, 2012. In case you haven’t been lucky: watch the live stream on www.electronicbeats.net on September 5th. The best cheers will be played in advance of Pet Shop Boys’ live performance at Hebbel am Ufer and will also be broadcast in the live video stream.