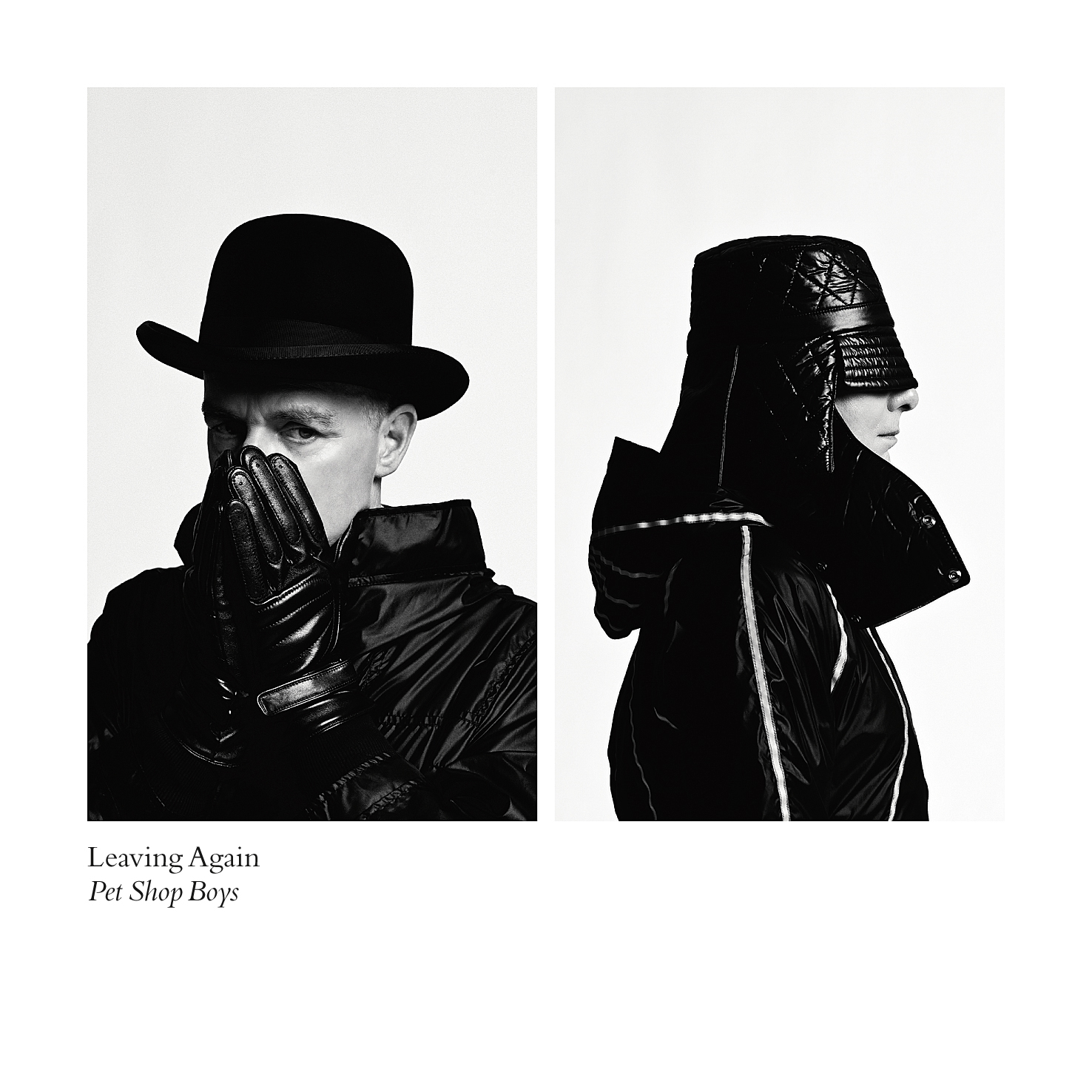 Pet Shop Boys' new single, "Leaving", is released today in several European countries (Austria, BeNeLux, Finland, Germany, Ireland, Norway, Switzerland) and also in Australia in three three digital bundles: 1. Leaving ("Leaving", "Hell", "In his imagination", "Baby (demo"). 2. Leaving Remixed (remixes by Dusty Kid and PSB and also the demo of "Leaving"). 3. Leaving Again (remixes by PSB and Andrew Dawson). Two CD singles and a vinyl 12" are also available and can be ordered from Amazon or from the store on this site. The digital release for the UK and France is Sunday, October 14th with the CD and vinyl release following the next day. A limited edition of 500 7" vinyl singles has been distributed to independent record stores in the UK to sell alongside the CD and 12" singles and Pet Shop Boys will be signing copies of this and other formats at the Rough Trade East Store next Wednesday, October 17th, at 7 pm.