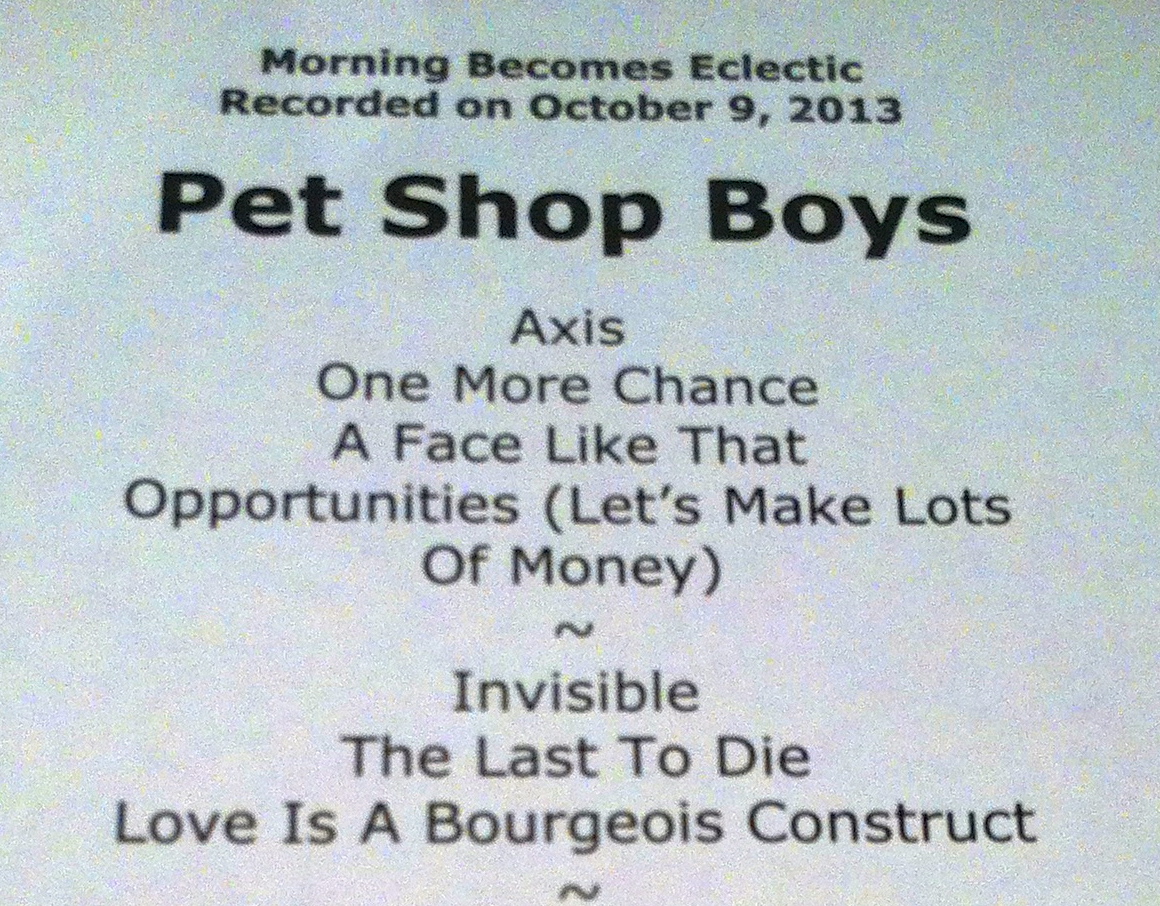 Pet Shop Boys performed several songs live and were interviewed yesterday morning on the Los Angeles radio station, KCRW, during the show "Morning Becomes Eclectic". The session and interview can be heard at the KCRW link below or by downloading the KCRW app. The show's presenter, Jason Bentley, will also be DJ-ing at PSBs' Los Angeles show this coming Saturday at The Shrine. Earlier today, an interview with Neil Tennant was broadcast on the Janice Long show on BBC Radio 2. Also, as part of the show's regular "Spoken Word" feature, Neil chose to read an excerpt from "Bleak House" by Charles Dickens. Listen at the Radio 2 link below or on the BBC iPlayer app. Finally, we are pleased to report that the new PSB single, "Thursday", has gone straight on to the BBC Radio 2 playlist.