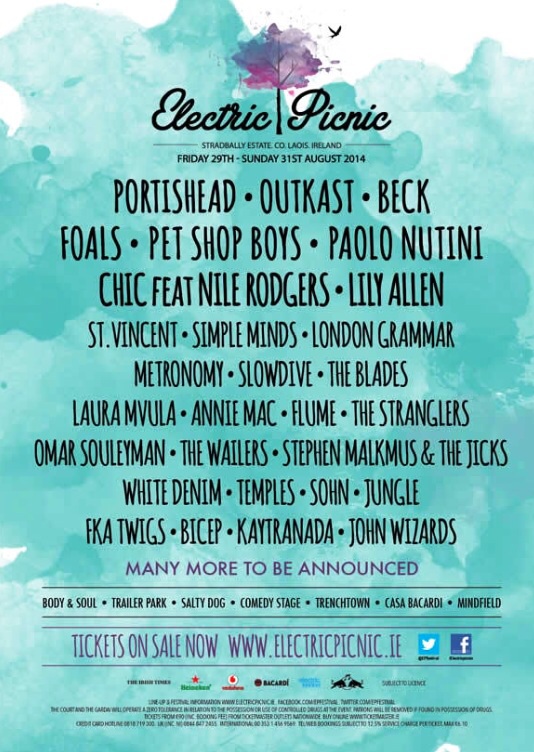 It has been announced today that Pet Shop Boys will be among the headliners of the Electric Picnic festival in Stradbally, Ireland. The annual arts-and-music festival has been described as “Ireland's version of Glastonbury” and Pet Shop Boys last performed there to great acclaim in 2006. This year they'll be performing on Friday, August 29th, and tickets are on sale now from the link below where you can also find full details of the complete Electric Picnic 2014 line-up.