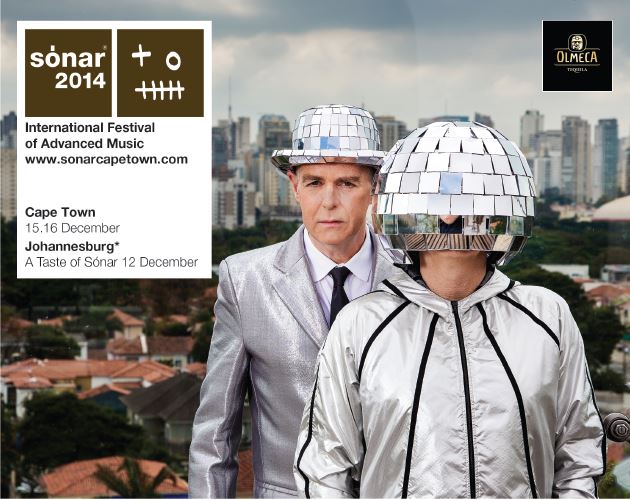 Pet Shop Boys will perform for the very first time to audiences in South Africa this December. Their acclaimed Electric tour (which has visited 45 countries with 104 shows to date) will now come to Johannesburg and Cape Town to headline at both of their 2014 Sonar festivals. A third date will be a PSB plus support show in Durban. The dates and details for these three shows are as follows – December 12th: A Taste of Sonar Festival, Sandton Convention Centre, Johannesburg December 15th: Sonar Cape Town Festival, Good Hope Centre, Cape Town December 19th: People’s Park, Moses Mabhida Stadium, Durban Tickets for each of the three South African shows (including VIP packages for Durban) are now on sale and can be purchased from the links below.