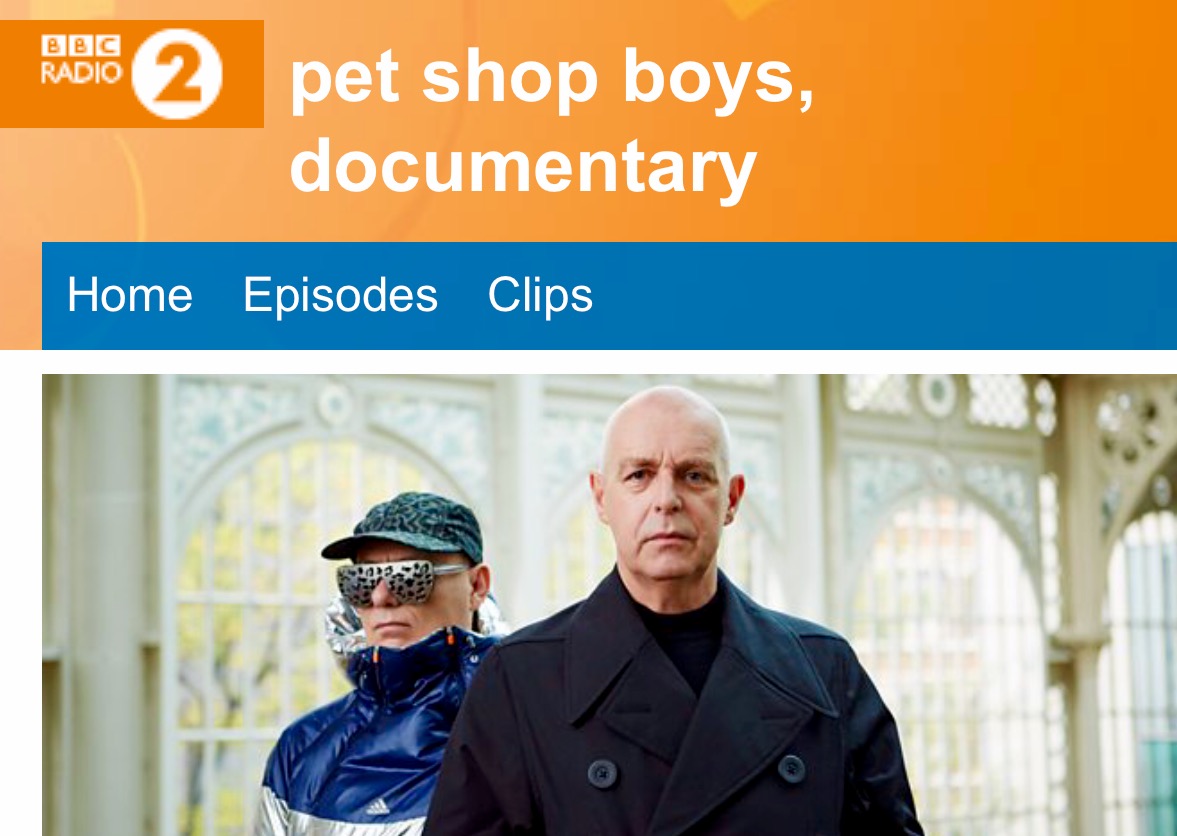 The final programme of this four-part series will be broadcast on BBC Radio 2 tonight at 10 and will be available for listening on the BBC iPlayer afterwards. This episode examines Pet Shop Boys’ reinvention as a successful global live electronic act and the making of the new Super album and its predecessor, Electric. Guests include music producers Stuart Price and Jean-Michel Jarre – and there's an exclusive preview of the upcoming Jarre/PSB collaboration, “Brick England”. Miranda Sawyer presents this episode; the series was produced for the BBC by Malcolm Prince. Link below.