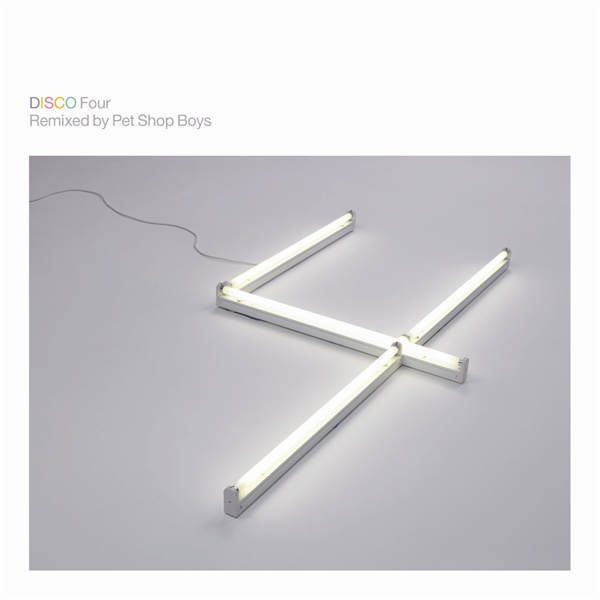 Pet Shop Boys release “Disco 4”, the fourth album in a continuing series, on Parlophone on September 24th. The album is available on CD and vinyl.

“Disco 4” collects together Pet Shop Boys’ extended dance mixes of The Killers, Madonna, Yoko Ono, Rammstein, Atomizer and David Bowie, as well as a new extended mix of PSB live highlight “Integral” and their maxi-mix of the single “I’m With Stupid”. In this respect “Disco 4” differs from the concept of previous Disco albums, which were primarily remixes of Pet Shop Boys’ tracks by other artists and DJ’s. The series was launched with “Disco” in 1986; “Disco 2” and “Disco 3” followed in 1994 and 2003 respectively.

The full track listing of the album is:

“Integral” will have a limited service to club and selected radio DJ’s, whilst a politically-inspired video for the track will be made available through You Tube and the Pet Shop Boys’ website www.petshopboys.co.uk

The video will feature new technology which will enable the viewer to take a picture of any of a number of 3D bar codes on the video, which will then transfer the participant to a wide selection of websites relevant to the subject matter of the track. In this way, the subject matter of the song – originally written as a protest against the proposed introduction of ID cards and the gradual erosion of personal freedom taking place in the current political climate – can become the starting point for a wider exploration of the topic through a variety of other forums.

“Disco 4” is released on CD and limited-edition, numbered vinyl on September 24th. Please note that it will not be available to download as it was not possible to secure digital release rights from the various artists involved.

The artwork is designed by Farrow.