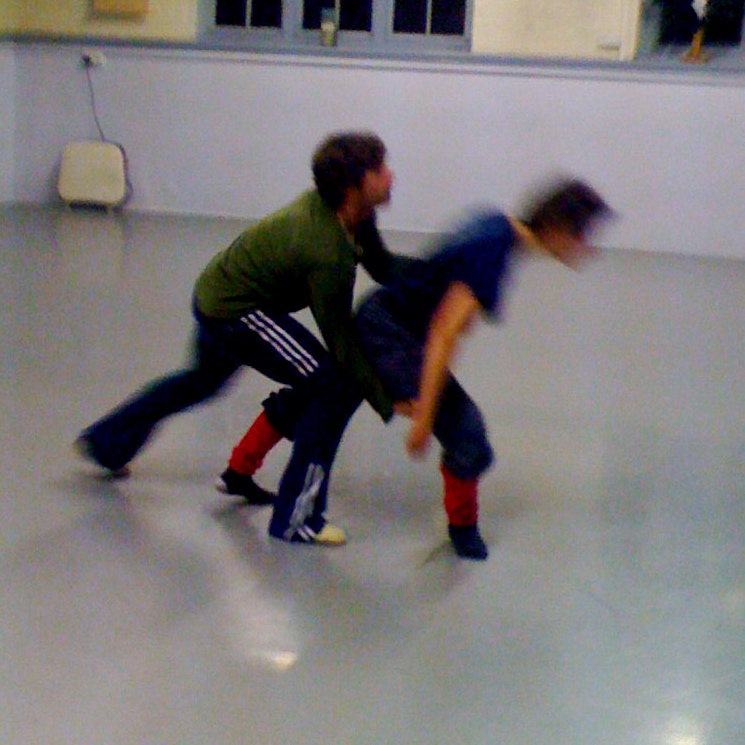 From a press release issued today by Sadler's Wells theatre in London: "Sadler’s Wells is delighted to announce its next new production, a full-length dance work with music by Pet Shop Boys and choreography by Javier De Frutos, featuring Ivan Putrov. Based on a Hans Christian Andersen story, the world famous electronic pop duo, Pet Shop Boys, have composed an original score for their first ever full-length dance work and their first collaboration with Sadler’s Wells. Titled The Most Incredible Thing, the production makes its world premiere at Sadler’s Wells in Spring 2011. A team of world-class creative collaborators join choreographer/director Javier De Frutos who brings his unique brand of visceral intensity to this modern fairy tale, which celebrates the power of art in the face of human destruction. Pet Shop Boys were introduced to Sadler’s Wells over four years ago by The Royal Ballet Principal, Ivan Putrov (seen in photo right at a workshop for the ballet), who asked them to write a ballet score for him. Lowe and Tennant suggested that The Most Incredible Thing would be the perfect narrative basis for a new ballet. Andersen’s The Most Incredible Thing was written in 1870 and tells the story of a princess, a kingdom, and of two very different approaches to the task of creating something extraordinary. With its resonant narrative adapted by Matthew Dunster and Pet Shop Boys, design by Katrina Lindsay, and film and animation by BAFTA winner Tal Rosner, this new production is designed on a large scale, featuring a cast of 15, a 26-piece orchestra, and a message of hope that lies at the heart of Andersen’s tale." The world premiere production of The Most Incredible Thing will be at Sadler's Wells from March 22nd to March 26th, 2011, preceded by a week of preview performances. Tickets will go on sale in the autumn. After Sadler's Wells, the production will go on tour. The full Sadler's Wells press release with more information on the production team can be found at the link below.