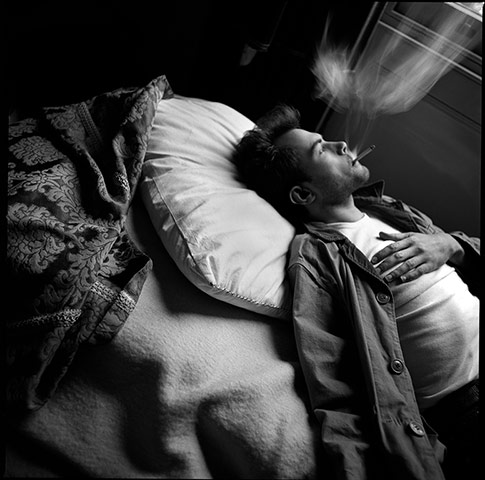 We are very sad to report that Pet Shop Boys' friend and collaborator, Eric Watson, has died. Eric was a brilliant photographer who worked extensively for "Smash Hits" magazine in the first half of the 80s and took the first shots of Pet Shop Boys in 1983. Over the next few years he photographed Neil and Chris many times, including the covers for the single releases of "Opportunities", "West End girls", "Love comes quickly", "Please", "Suburbia", "It's a sin", "What have I done to deserve this?", "Rent", "Heart", "It's alright", "So hard", "Jealousy" and "DJ culture" and the album covers of "Please" and "Behaviour". In 1999 he returned to photograph Neil and Chris for the cover of the single, "I don't know what you want but I can't give it anymore" and the CD booklet of the "Nightlife" album. Eric also directed many classic PSB videos, including "West End girls", "Suburbia", "Domino dancing" and "DJ culture". When Pet Shop Boys first recorded "West End girls" with Bobby 'O' in 1983, Eric played it to an A&R man at Epic Records who then signed it, resulting in Pet Shop Boys' first single being released. Aside from his work with Pet Shop Boys, Eric created images and videos for many other pop artists and his landscape photographs were exhibited at the Blue Gallery in London in 1997. His work was also included in the exhibition "Icons Of Pop" at the National Portrait Gallery in London and a selection of his photographs of Pet Shop Boys was exhibited in the same gallery to coincide with the publication of the book, "Catalogue". Originating from Newcastle-upon-Tyne, Eric moved to London in the early 70s and studied at Hornsey College of Art. In recent years he taught photography. He will be much missed by his family, friends, students and all those who appreciated his work