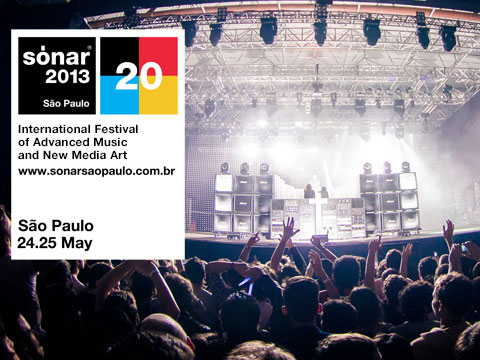 We regret to report that Sonar Sao Paulo, Brazil, has been cancelled. Pet Shop Boys were due to perform at the festival on May 25th. In a statement released today the organisers announced: "Dream Factory and Advanced Music, the companies behind the production of Sonar Sao Paulo, regret to inform the cancellation of the 2013 edition of the event, previously to be held on 24th and 25th May. Tickets were not yet on sale. The non-fulfillment of the São Paulo edition of the festival directly relates to the latest difficulties and instability in the Brazilian entertainment market." Pet Shop Boys are hoping to perform in Brazil later this year and apologise to their fans for any disappointment.