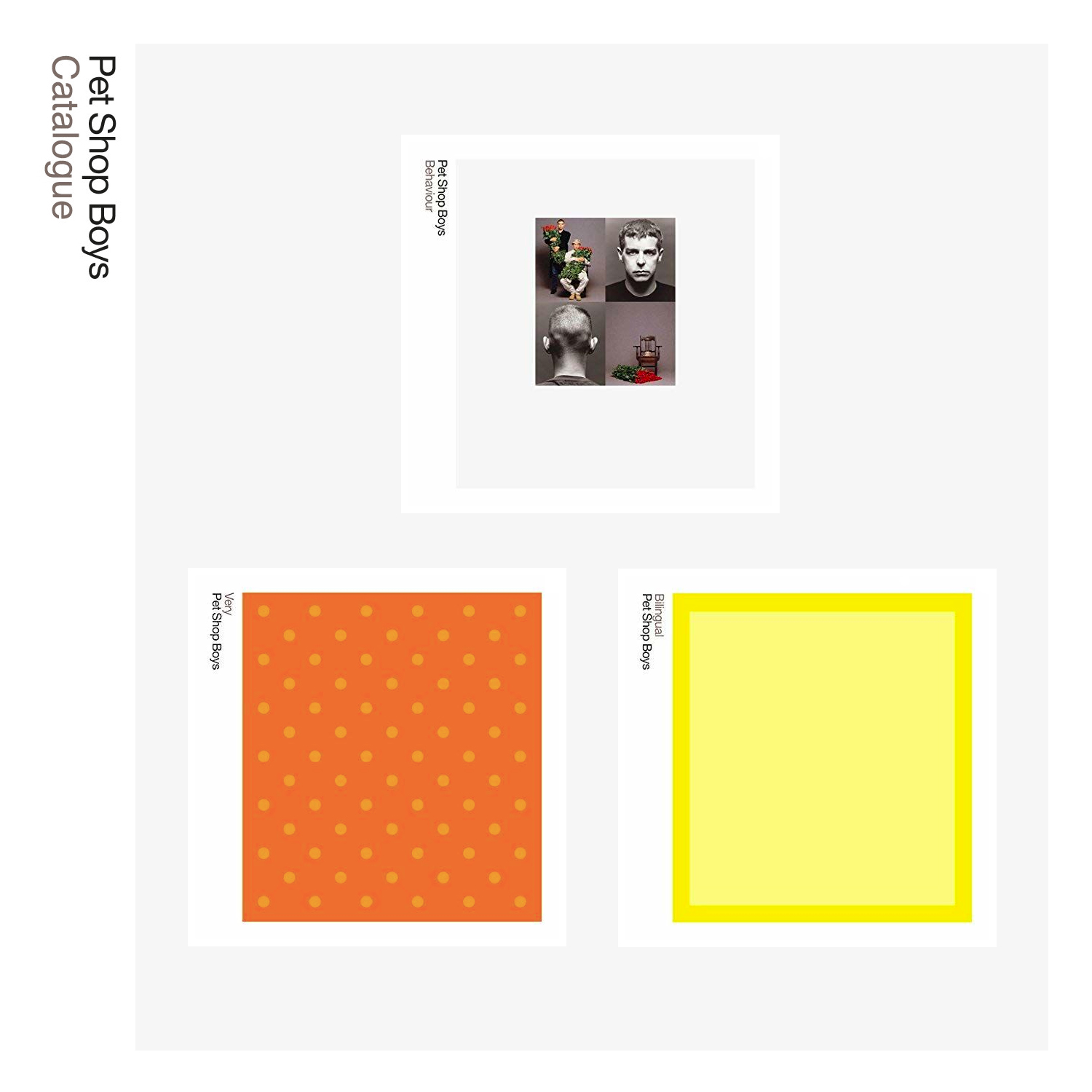 The final set of albums in Pet Shop Boys’ definitive ‘Catalogue: 1985-2012’ series of reissues is released today. This fourth batch features remastered and repackaged editions of the albums ‘Behaviour’ from 1990, ‘Very’ from 1993 and ‘Bilingual’ from 1996. Each album is accompanied by a ‘Further listening’ album of master quality bonus tracks – including demos, extended mixes and remixes of tracks from the albums and others created in the same period as each record. Available in 2CD and download. The CD format includes an extensive booklet, designed by Farrow, which features interviews, archive photographs and sleeve notes.
The remastered original albums are also available on 180g heavyweight vinyl.
The ‘Catalogue: 1985-2012’ reissue series began last year with the release of ‘Nightlife’, ‘Release’ and ‘Fundamental’ which all entered the Top 40 album charts, followed by re-issues of ‘Yes’ and ‘Elysium’, and later ‘Please’, ‘Actually’ and ‘Introspective’.
Click below to buy: