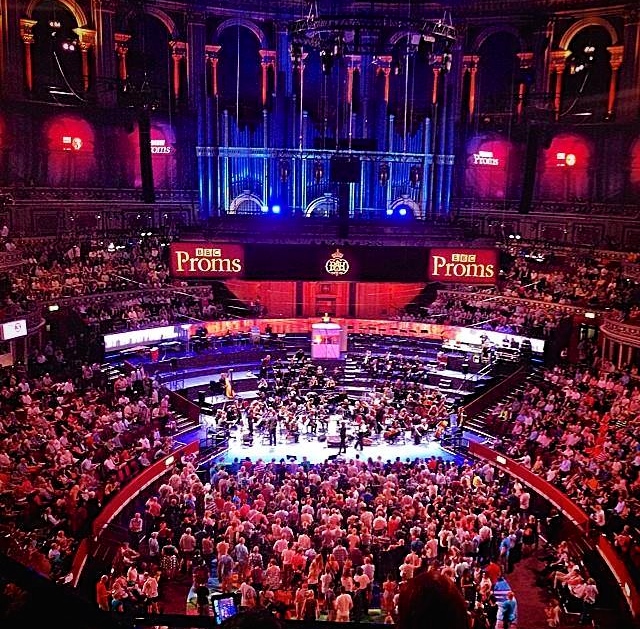 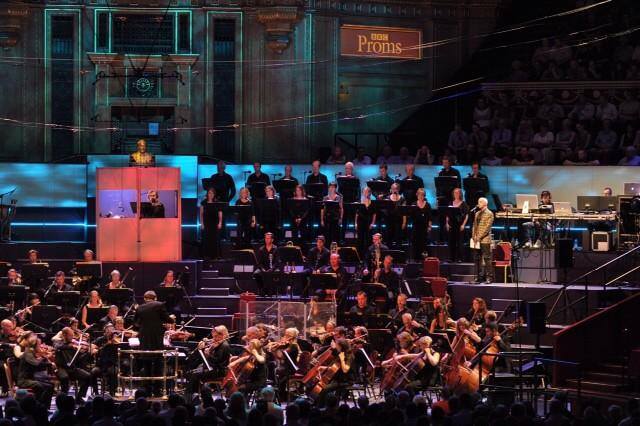 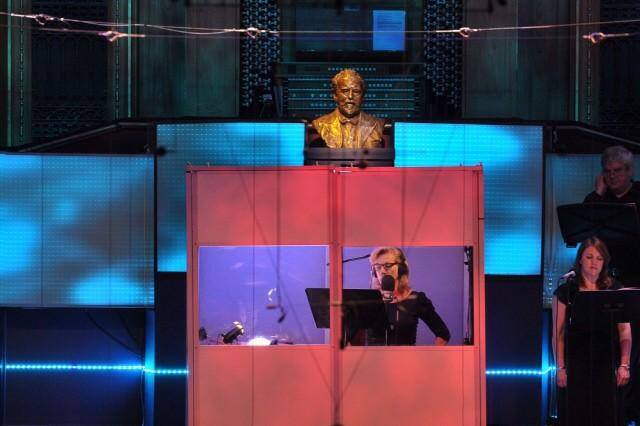 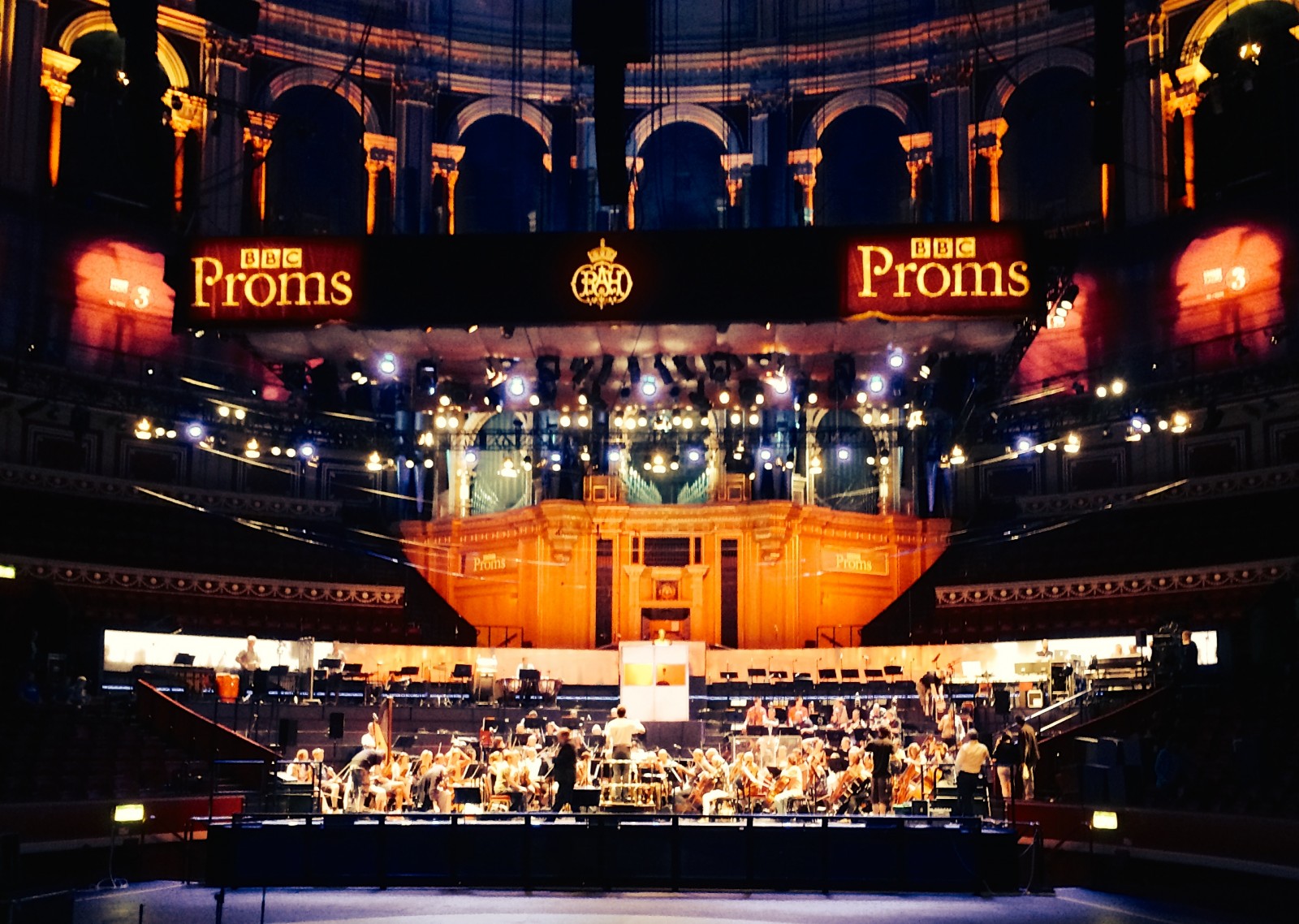 On July 23rd, 2014, Pet Shop Boys with the BBC Concert Orchestra and the BBC Singers performed the world premiere of “A Man From The Future”, their evocation of the life of computer pioneer Alan Turing, at the Royal Albert Hall in London before a sell-out audience as part of the BBC Proms concerts series. The work is in eight sections which were narrated by actress Juliet Stevenson:
1. Natural wonders every child should know
2. He dreamed of machines
3. The Enigma
4. Other ranks
5. The memory and the control
6. The trial
7. Only in his death
8. A man from the future
The voice of former British Prime Minister, Gordon Brown, was heard in the last section, recorded especially for this performance. Juliet Stevenson narrated from within a specially constructed booth to ensure vocal clarity over the music. The BBC Concert Orchestra and the BBC Singers were conducted by Dominic Wheeler. Neil Tennant sang alongside the BBC Singers while Chris Lowe played keyboards and electronics behind him and next to PSB programmer Pete Gleadall. The sound for the concert was mixed by PSB sound engineer, Holger Schwark. At the end of the performance the audience gave a standing ovation and Neil, Chris, Dominic Wheeler and Juliet Stevenson were joined onstage by Turing biographer and PSB collaborator, Andrew Hodges, and orchestrator Sven Helbig.
Before this, the audience heard the live premiere of the “Overture to ‘Performance’”, arranged by Richard Niles for the 1991 PSB tour, and then “Four songs in A minor”, arranged by Angelo Badalamenti and sung by Chrissie Hynde. The four songs were: “Love is a catastrophe”, “Later tonight”, “Vocal” and “Rent”. The last song was performed as a duet with Neil Tennant.
The entire concert was broadcast live on BBC Radio 3 and introduced by Sara Mohr-Pietsch. In the transition between “Four songs” and “A Man From The Future”, an interview with Andrew Hodges was broadcast.
Pet Shop Boys are planning to expand “A Man From The Future” into a more visual production and to release an album of the music.