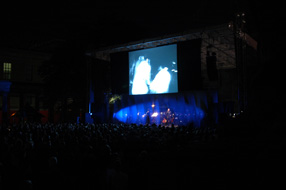 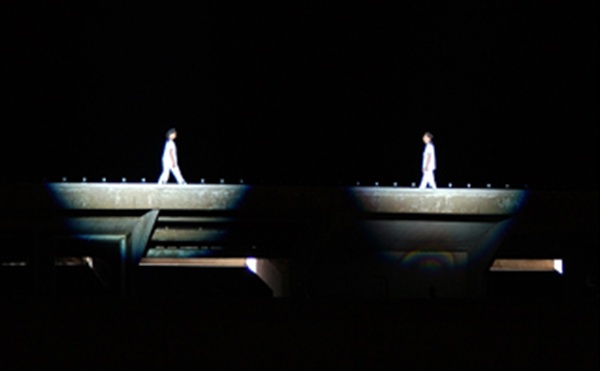 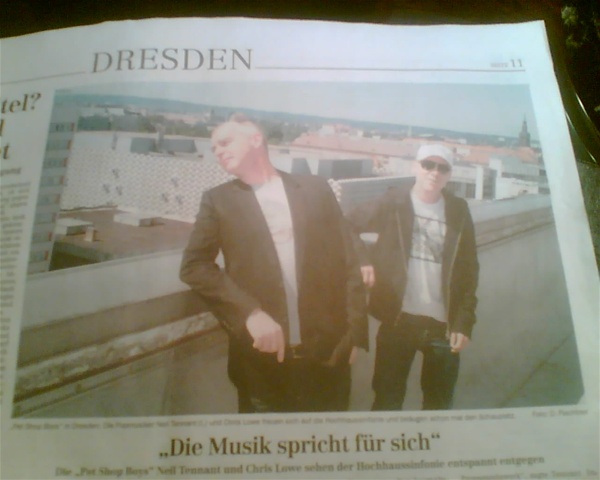 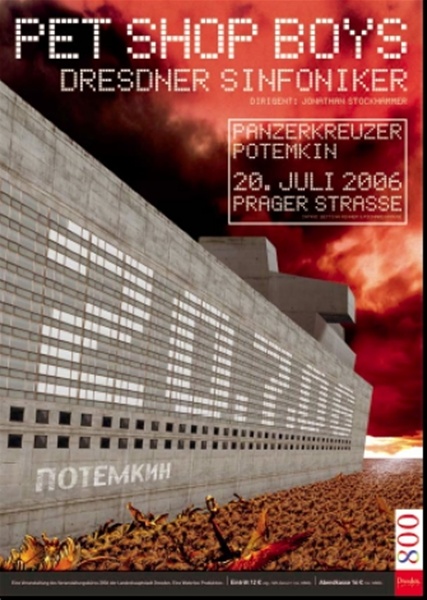 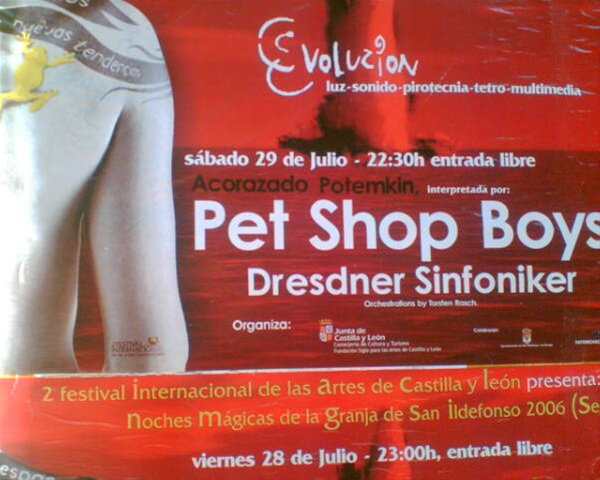 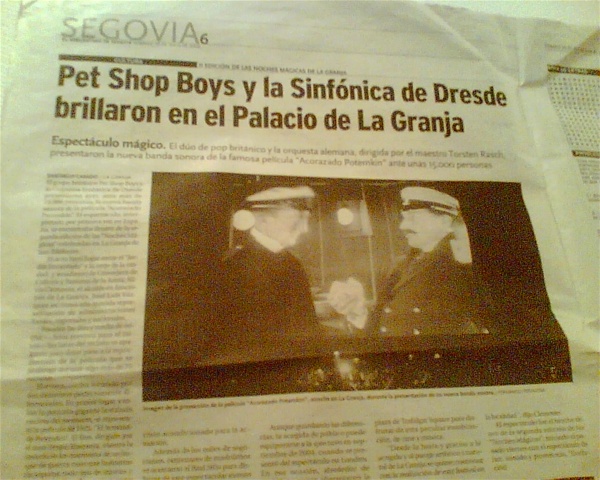 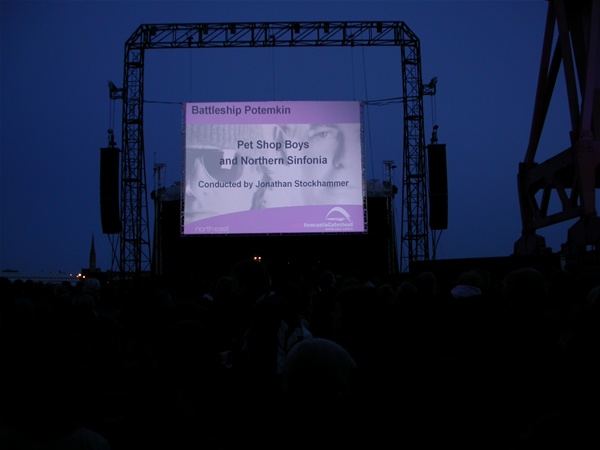 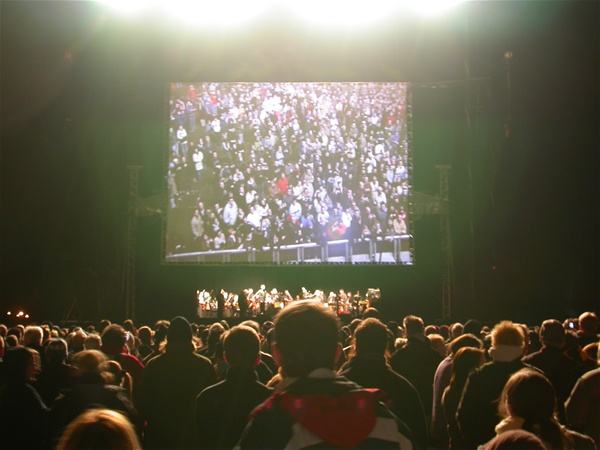 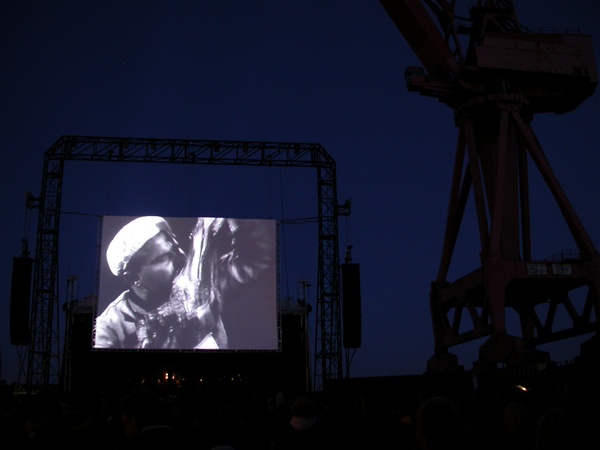 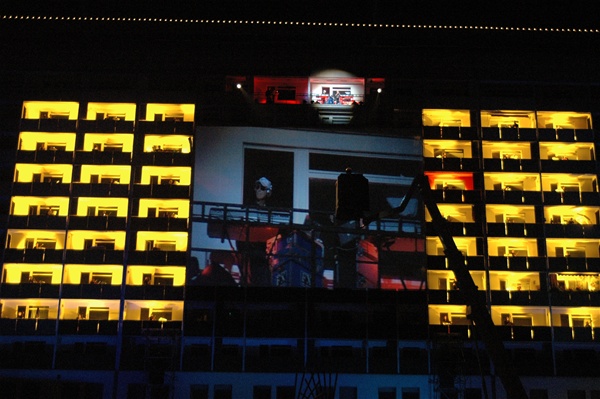 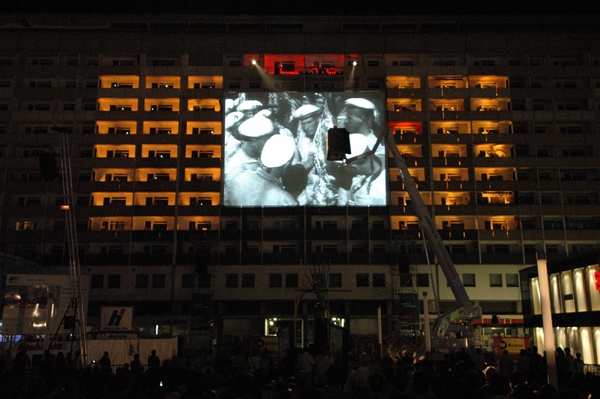 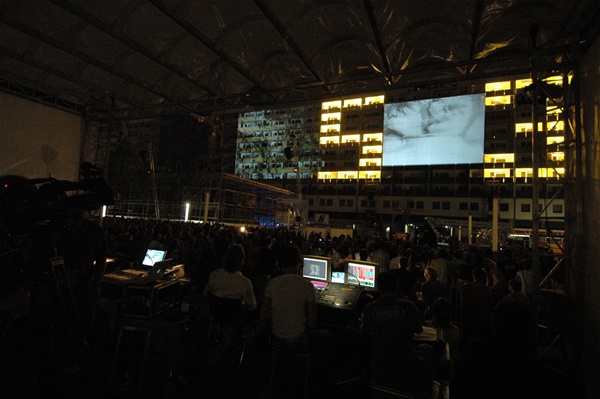 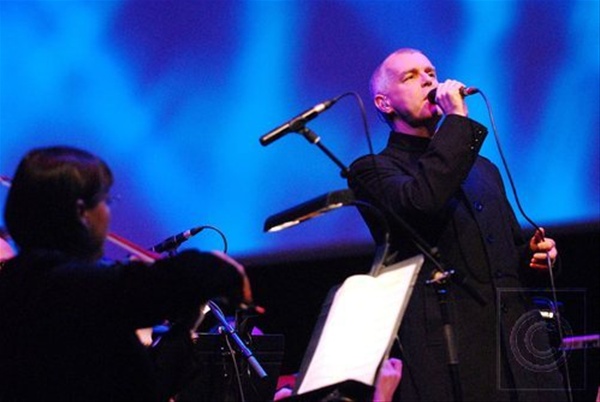 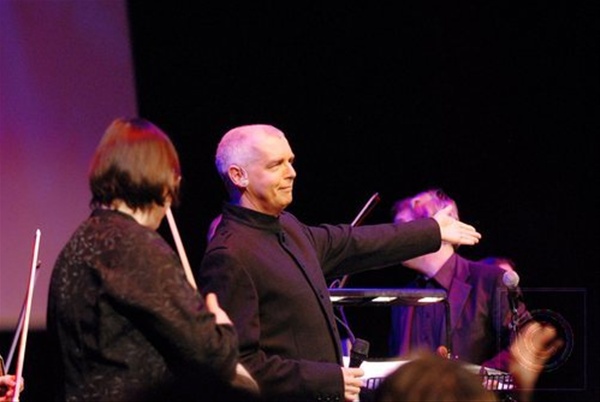 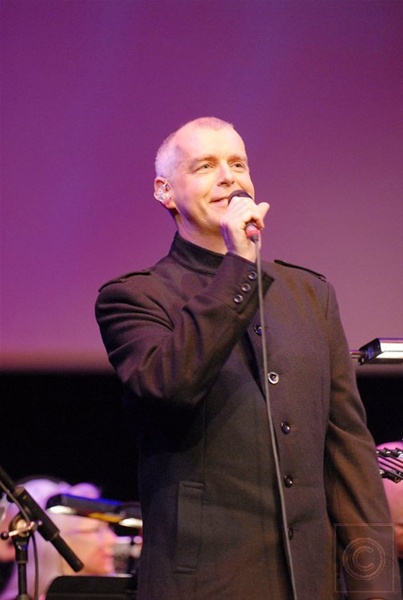 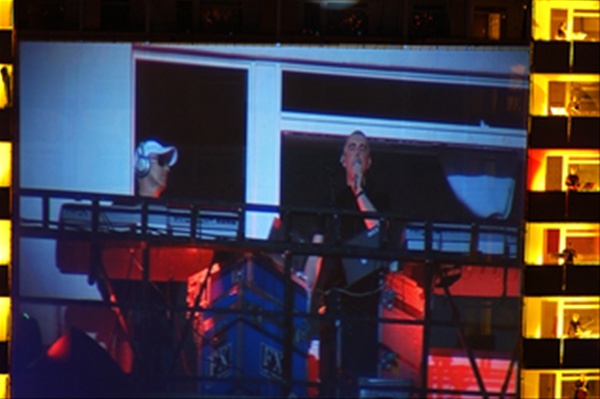 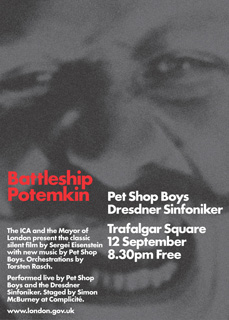 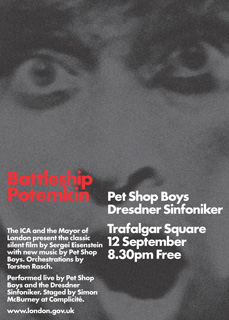 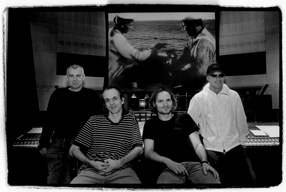 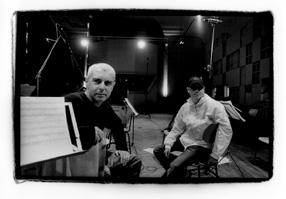 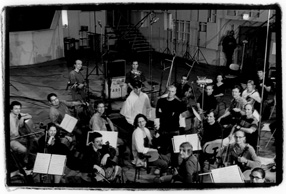 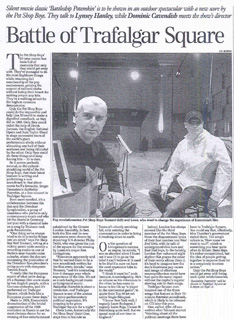 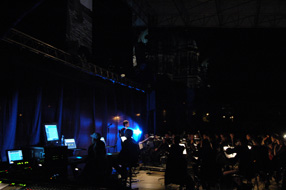 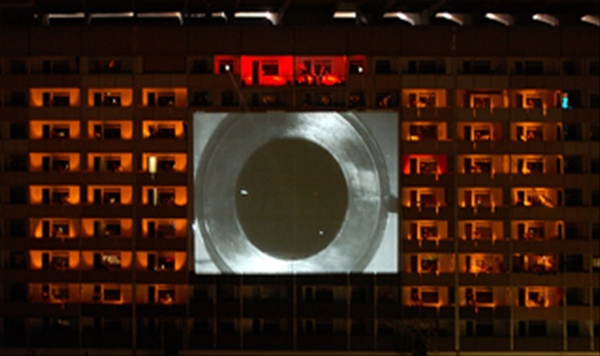 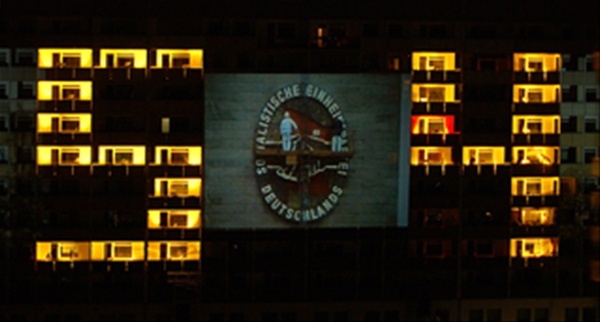 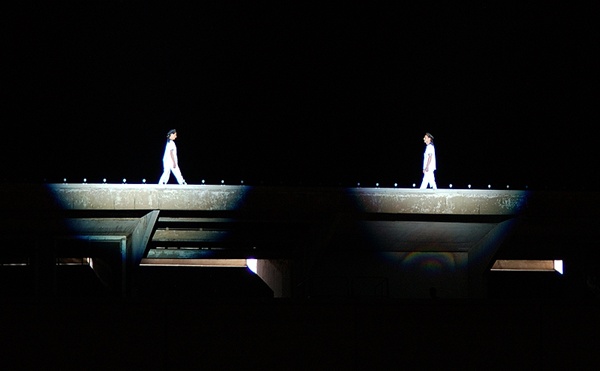 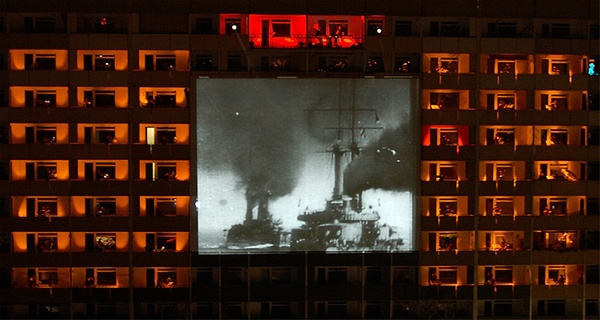 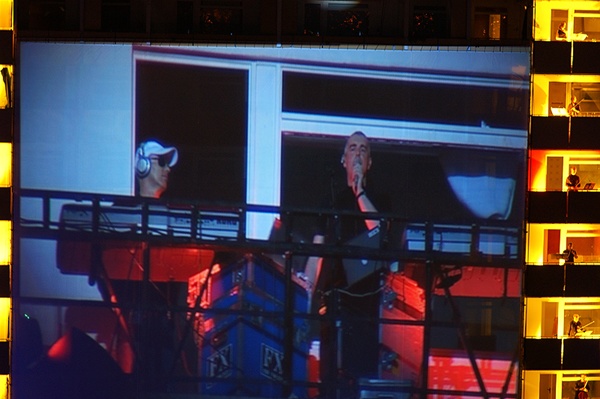 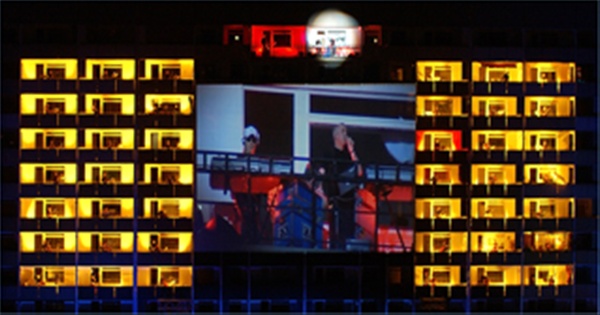 Battleship Potemkin was premiered on September 12th, 2004, when Pet Shop Boys and the Dresdner Sinfoniker played the score to accompany a screening of the film in London's Trafalgar Square. The free event was presented by the ICA and GLA and attracted 25,000 people. At the time, The Independent newspaper noted that "this must be the largest audience for an art movie ever recorded".

Since then Pet Shop Boys with the Dresdner Sinfoniker have performed the music with the film in 2005 in Frankfurt, Bonn, Berlin, Hamburg and in 2006 in Dresden (as part of the 800th anniversary celebrations of the city) and in Segovia, Spain, in front of the Palacio de la Granja. On May 1st, 2006, Pet Shop Boys with the Northern Sinfonia performed the music with the film at a special event at Swan Hunter's shipyard, Wallsend, presented by the Newcastle Gateshead Initiative.
On January 11th, 2008, Pet Shop Boys performed their music with the BBC Concert Orchestra, accompanying a screening of the film at the Barbican Hall in London.
On June 19th, 2013, Battleship Potemkin with the recorded Tennant/Lowe score received its first cinema screening at the British Film Institute in London as part of the Meltdown Festival curated by Yoko Ono.