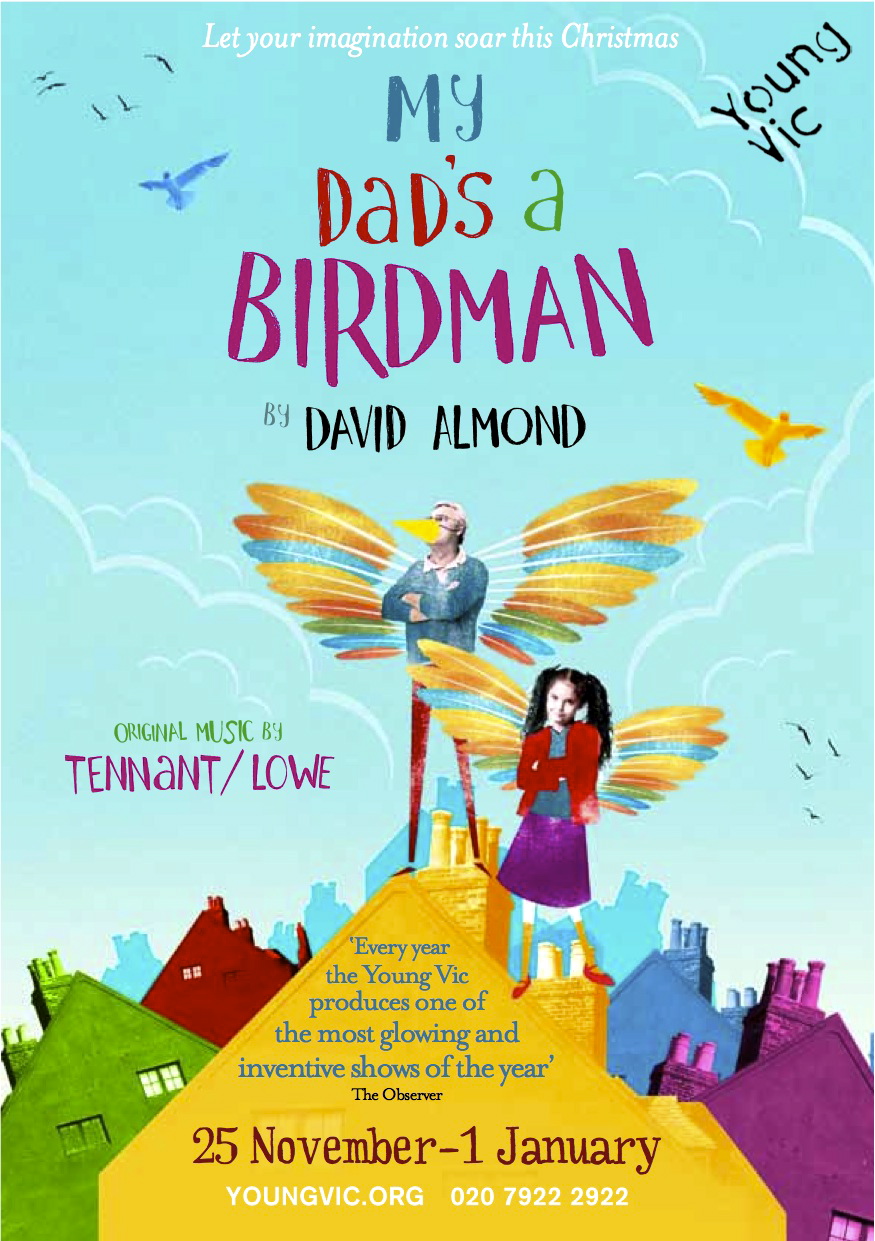 My Dad's A Birdman poster

My Dad’s A Birdman by David Almond, with music by Neil Tennant and Chris Lowe, was performed at the Young Vic theatre, London, from 25th November, 2010, to 1st January, 2011. It's a tale for five to eight-year-olds which tells of a Great Human Bird Competition. Lizzie and Jackie have been building their nest and are preparing for take off, but Auntie Doreen disapproves. Will the father and daughter duo get a chance to fly?

Author David Almond is a best-selling children’s writer whose books include The Fire-Eaters, Kit’s Wilderness, Clay and Skellig, which was adapted for the Young Vic stage in 2003.