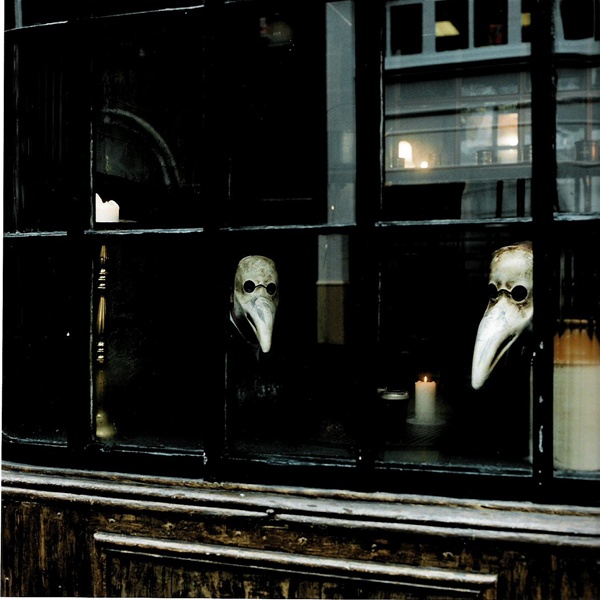 We have been asked by several fans about the photograph on the cover of the next PSB single, "Numb". The image was taken by Sam Taylor-Wood in November 2003 and features Chris and Neil seated in a pub (The Jerusalem Tavern in Clerkenwell, London) wearing "Doctor of the Plague" masks bought in Venice. Originally, "Numb" was going to be on the PopArt album, released at the end of 2003, and the song was planned for a single release early in 2004. Chris and Neil decided, however, to keep "Numb" for their next studio album and stored the photograph for future use. Its time has now come. Sam Taylor-Wood first collaborated with Pet Shop Boys in 1997 on their "Somewhere" series of shows at the Savoy Theatre in London.