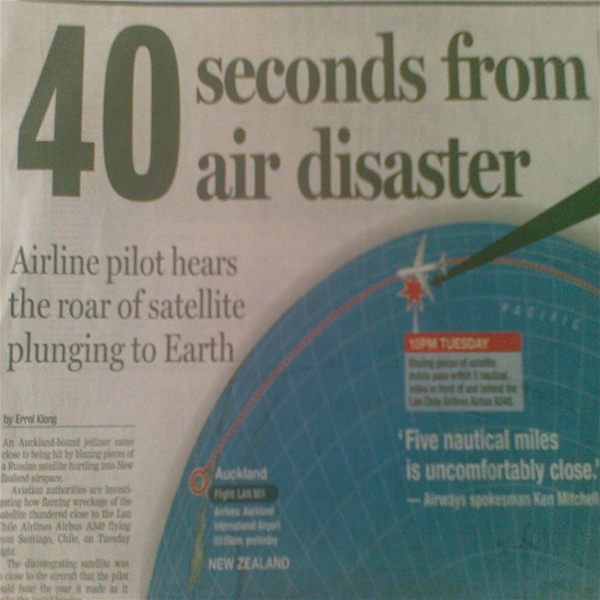 Today's New Zealand Herald newspaper reports that the Lan Chile Airbus A340 flying from Santiago, Chile, to Auckland, New Zealand, on Tuesday night came close to being hit "by blazing pieces of a Russian satellite hurtling into New Zealand airspace. The disintegrating satellite was so close to the aircraft that the pilot could hear the roar it made as it broke the sound barrier….At the aircraft's cruising speed of 880km/h it was within about 40 seconds of a potential catastrophe." On board the plane, asleep and unaware of this drama, were Neil Tennant and Chris Lowe and the entire Pet Shop Boys touring party. Lan Chile flight 801 left Santiago late on Monday evening and, crossing the International Date Line, arrived safely at Auckland at 4 am on Wednesday morning. Pet Shop Boys perform their debut New Zealand concert tonight at the St James Theatre, Auckland.