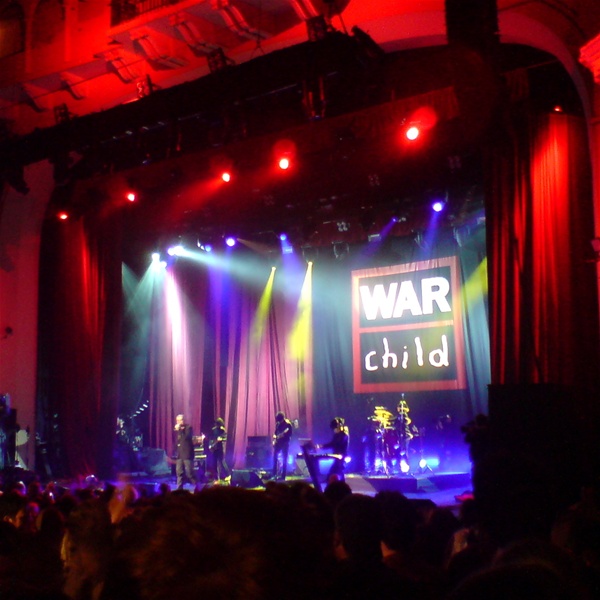 Pet Shop Boys performed, as requested, a 20-minute set at the War Child concert organised by Keane at Brixton Academy last night. The set list was: "Rent" (Barfly version), "West End girls" (extended version), "Integral" (based on Perfect Immaculate mix) and "Being boring". On the last three songs Neil and Chris were joined by Bic Hayes and Mark Refoy on guitar and Dawne Adams on percussion. Tom Chaplin of Keane gave Pet Shop Boys a very warm introduction before they took to the stage. Other artists performing included Guillemots, the Magic Numbers, Teddy Thompson, Lilly Allen (with Keane) and Keane. Highlights of the show will be broadcast on Channel 4 in the UK on Sunday (November 4th) from 11.50pm until 12.55am. (If you feel like making a donation to War Child from the UK, you can just text "child" to 88818 and that will donate £1.50 or go www.warchildiraqappeal.com.) UPDATE: The dreadful radio mix that was broadcast was nothing to do with us!