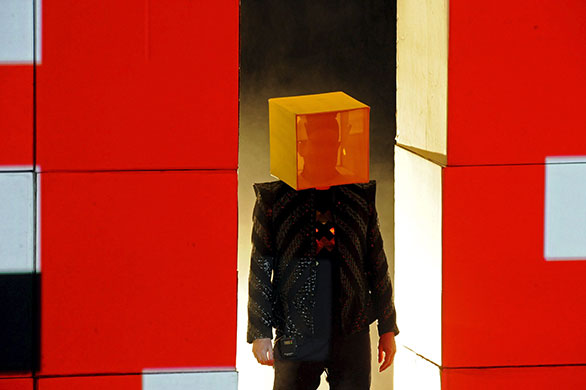 If you live in the UK, you can watch last night's headline performance at the Glastonbury Festival by Pet Shop Boys on the BBC iPlayer at the link below. The Guardian newspaper has given Pet Shop Boys' performance a 5-star review saying "they gave Glastonbury an elaborate stage show that took in dancers, confetti cannons and a huge white wall of boxes which was toppled and reconfigured in ever more elaborate shapes. Aligned to tunes as big as theirs, it couldn't fail, and it didn't." The full review can be read at the lower link below. Other press reactions have been equally positive… The Daily Telegraph: "One of the most spectacular Glastonbury moments ever." The Sun: "One of the best performances of the whole festival." The Times: "An absolutely imperial set."