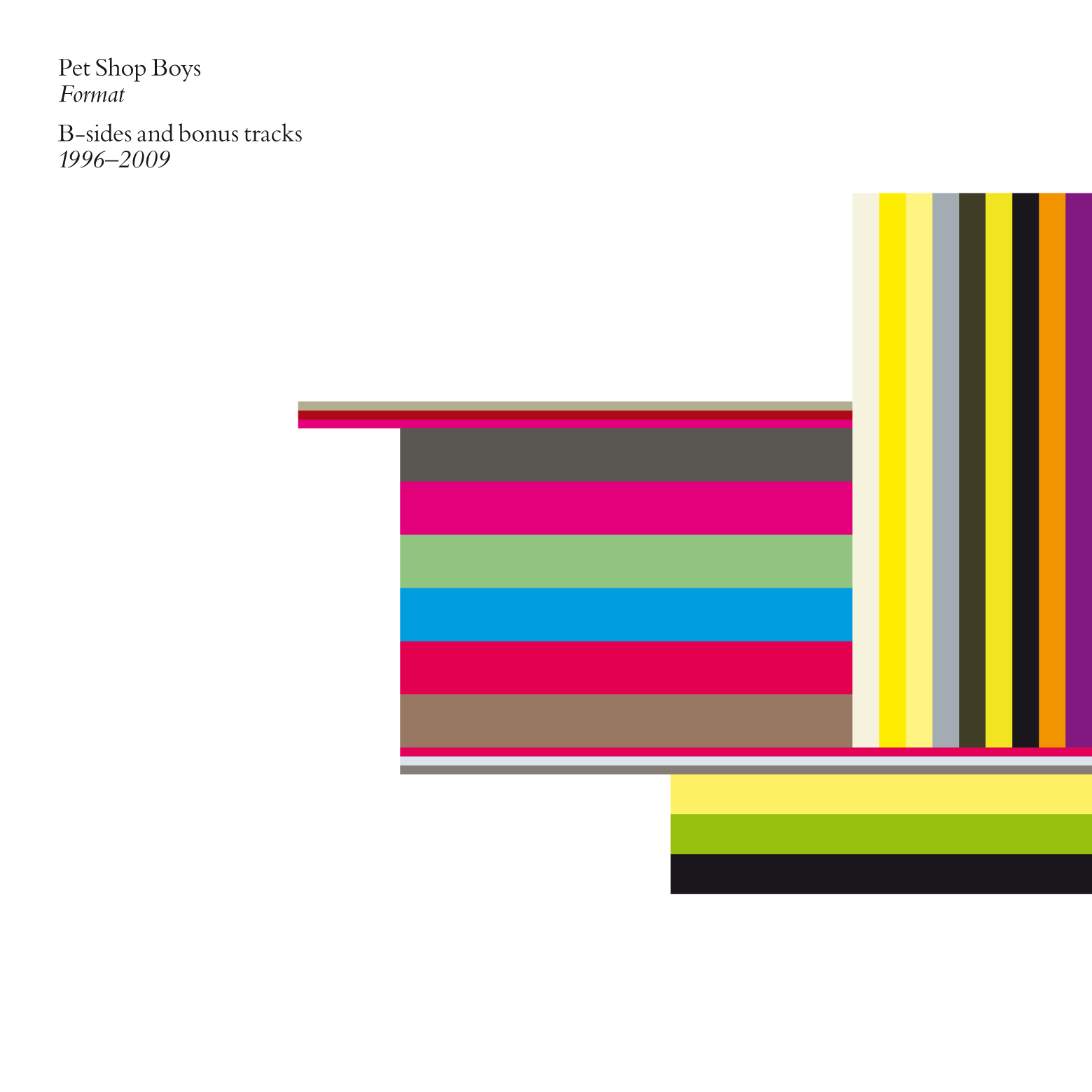 Pet Shop Boys will release a brand new b-sides compilation on February 6th, 2012, on Parlophone. Entitled "Format", it celebrates the duo's prolific song-writing and recording by collecting 38 b-sides and bonus tracks originally released on singles from 1996 to 2009. The album will be available digitally and on double-CD. All tracks have been remastered and the CD booklet features an interview with Neil Tennant and Chris Lowe by Jon Savage (author of "England's Dreaming" and "Teenage"). Design is by Farrow. "Format" follows on from the 1995 release, "Alternative", which collected the duo's b-sides from 1985 to 1994. Pet Shop Boys are currently working on their 11th studio album which is due for release in early autumn next year. The full "Format" track-listing is as follows: CD1 1. The truck driver and his mate 2. Hit and miss 3. In the night (1995) 4. Betrayed 5. How I learned to hate rock 'n' roll 6. Discoteca (New Version) 7. The calm before the storm 8. Confidential (Demo for Tina) 9. The boy who couldn't keep his clothes on 10. Delusions of grandeur 11. The view from your balcony 12. Disco potential 13. Silver age 14. Screaming 15. The ghost of myself 16. Casting a shadow 17. Lies 18. Sexy Northerner CD2 1. Always 2. Nightlife 3. Searching for the face of Jesus 4. Between two islands 5. Friendly fire 6. We're the Pet Shop Boys 7. Transparent 8. I didn't get where I am today 9. The Resurrectionist 10. Girls don't cry 11. In private (7-inch mix): Pet Shop Boys with Elton John 12. Blue on blue 13. No time for tears (7-inch mix) 14. Bright young things 15. Party song 16. We're all criminals now 17. Gin and Jag 18. After the event 19. The former enfant terrible 20. Up and down