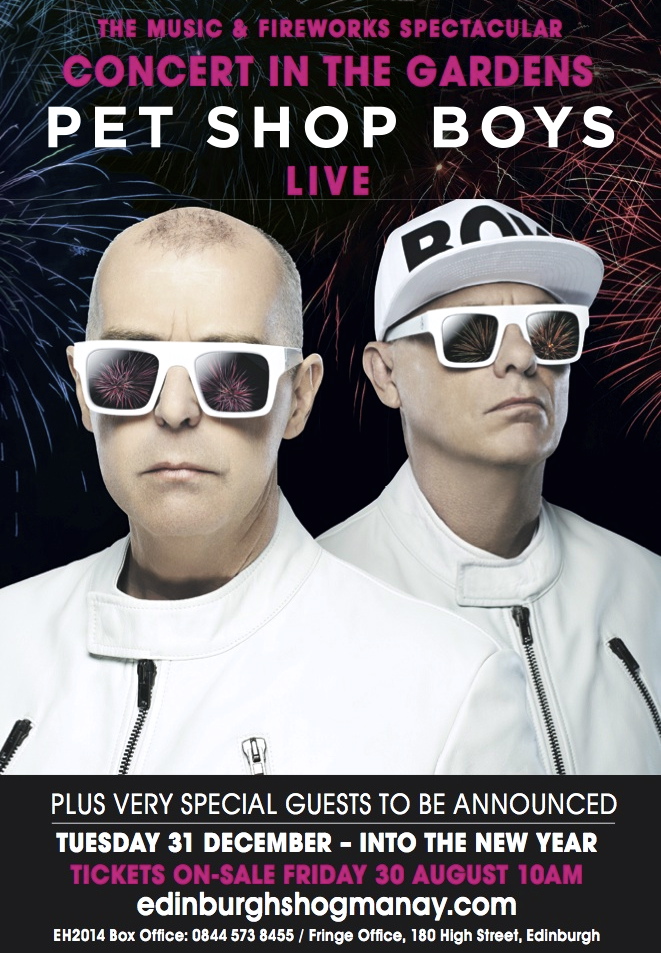 We are delighted to announce that Pet Shop Boys will be headlining Edinburgh's "Hogmanay In The Gardens" on December 31st, performing their "Electric" production in two parts, just before and just after midnight. This performance celebrates a landmark 21st anniversary for Edinburgh’s Hogmanay and is the long awaited return to the Scottish capital for Pet Shop Boys following the cancellation of their concert at the 2006/07 New Year celebrations due to severe weather conditions. It will be the first performance in Scotland of the "Electric" show which has so far been seen in 25 countries throughout 2013, attracting rave reviews and ecstatic audience reactions. Neil Tennant commented: “We are delighted to bring this show to Scotland on New Year’s Eve. We’ve always felt we’ve had some unfinished Hogmanay business in Edinburgh after the weather put a stop to the planned 2006 show and this is going to be a fantastic way to see in the New Year!” Tickets go on sale on Friday, August 30th, from the link below. Special guests will be announced soon.