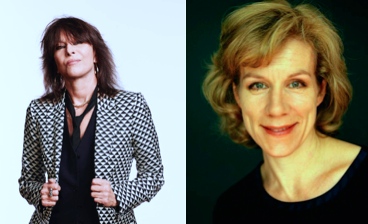 The special guests who will perform alongside Pet Shop Boys, the BBC Singers and the BBC Concert Orchestra conducted by Dominic Wheeler at the Late Night Prom concert on July 23 at the Royal Albert Hall in London have just been announced. Chrissie Hynde (of The Pretenders) will sing “Four songs in A minor", performing new orchestral arrangements by the film composer Angelo Badalamenti of some of Tennant and Lowe’s most personal songs. She commented: "What a thrill to get a chance to sing some Pet Shop Boys songs and release the drama queen within. I'm posing in front of the mirror already.” Juliet Stevenson, one of Britain’s leading actors, will narrate 'A Man From The Future’, a brand-new piece by Tennant and Lowe evoking the life and work of computer pioneer and code-breaker, Alan Turing, with text based on 'Alan Turing: The Enigma' written by Andrew Hodges. As previously announced, the concert will also feature the live premiere of Richard Niles' 1991 "Overture to Performance", an orchestral medley of Pet Shop Boys songs originally commissioned and recorded for their first world tour in 1991. Pet Shop Boys said: “We are thrilled and honoured that such a classic singer as Chrissie and such a wonderful actress as Juliet are taking part in our night at the Proms.” Further details about the concert, which will be broadcast live on BBC Radio 3, can be found at the link below. Although it is sold out, one thousand tickets priced at £5 each will be available on the day of the concert (see “How to Prom” link below).