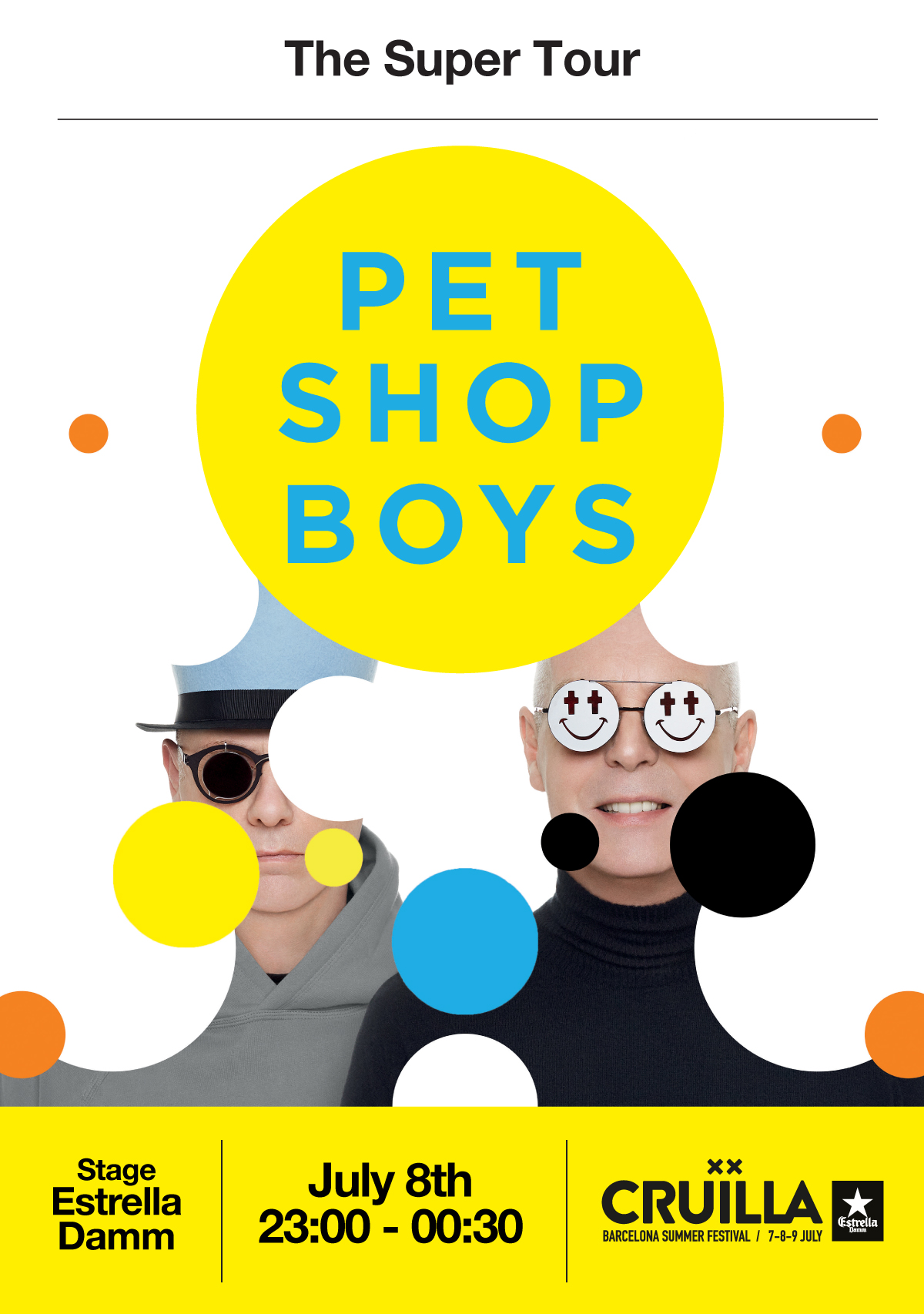 It has been announced that Pet Shop Boys will take to the stage at 23.00 at Cruïlla Barcelona Summer Festival following Steven Van Zandt and his band Disciples of Soul.
Cruïlla Barcelona Festival on July 8th will be the first performance of the Super Tour in Spain before Pet Shop Boys move on to the Universal Music Festival at Teatro Real, Madrid on July 10th. Other artists performing at the festival include Jamiroquai, The Prodigy, Ryan Adams and Two Door Cinema Club. Tickets for the three-day event are available from the link below.