They sign to Parlophone Records after long negotiations with Bobby O', who relinquished his contractual rights over them in return for a substantial royalty on future record sales.

On April 5th, Neil leaves Smash Hits. In the next issue an 'obituary' is written, bidding him a sad adieu and predicting that in a matter of weeks Neil's pop duo, the Pet Shop Boys "will be down the dumper and he'll come crawling back on bended knees, ha ha ha". "I spoke to my mum on the telephone and said how we'd signed with EMI and she said "But you're not going to give up your job, are you?" and I said, actually I did last week".

On July 1st, the first version of 'Opportunities' is released. It reached #116 in the UK. 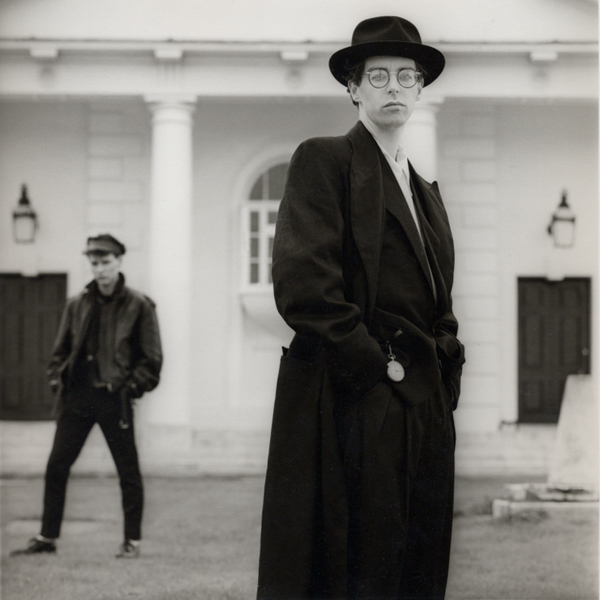 They play a short set as part of the ICA Rock Week in London, Chris showing off his skills on the trombone. Neil and Chris are interviewed on stage by Max Headroom. They re-record 'West End girls' with producer Stephen Hague the same month.

'West End girls' is released on October 28th and goes to #1 in the UK in January. It is subsequently #1 in USA, Canada, Finland, Hong Kong, Ireland, Israel, New Zealand and Norway, selling 1.5 million copies. "People endlessly ask us what it's like having a #1" says Neil at the time. "But what it feels like is vaguely nothing. It feels like having a cup of tea".