Results, the album the Pet Shop Boys produced for Liza Minnelli in 1989, is re-released in a  deluxe CD and DVD package, including remixes and videos.

On February 17 the Pet Shop Boys present New Order with the Godlike Genius Award at the NME Awards. (Neil's part of the speech was 163 words long, Chris's was two: "…New Order".) In an earlier speech, Franz Ferdinand's Alex Kapranos thanks "the great groups" who have inspired them, "some of whom are here today – Oasis, New Order, the Pet Shop Boys…"

On April 25 a double CD is released in the Back To Mine series with one CD of music chosen and sequenced by Chris, the other by Neil. Chris declares that his choices (mostly a mixture of eighties and contemporary songs, ranging from rare hi energy obscurities to Queen's "The Show Must Go On") are "for everybody who has been discriminated or dispossessed by society" and Neil explains his selections (from Elgar to Etienne Daho) as "a sequence of music that would be very, very late night and primary instrumental, and that tried to mix together electronic music, classic music and pop music in a sort of seamless way…it'd be quite good to seduce someone to". (The only artist to appear on both discs is Dusty Springfield, with "I'd Rather Leave While I'm In Love" and "Goin' Back" respectively).

Kylie Minogue's latest tour, Showgirl, includes the duet which first appeared on Nightlife, "In denial"; during the shows she uses the original Pet Shop Boys arrangement and duetted with Neil's previously-recorded voice.

At the Ivor Novello awards "West End girls" wins a vote of radio listeners as best song of the decade from 1985 to 1995, beating a shortlist of U2's "I Still Haven't Found What I'm Looking For", Radiohead's "Creep", Massive Attack's Unfinished Sympathy" and Robert Palmer's "Addicted To Love".

On June 17 they appear onstage for the finale of Yoko Ono's performance at the Royal Festival Hall (part of the Patti Smith-curated Meltdown), performing with her their remix of "Walking On Thin Ice".

On July 2 they headline a concert in Red Square, Moscow, one of eight simultaneous Live 8 concerts around the world intended to put pressure on world leaders to provide debt relief and other measures for Africa at the following week's G8 summit. The Pet Shop Boys are only approached the previous week at a party by Emma Freud. They perform after one day's rehearsal with Mark Refoy, Dawne Adams, Pete Gleadall and, for the first time in five years, Sylvia Mason-James. One song from their performance, "Go West", will subsequently appear on the Live 8 DVD in September.

On September 5 their new score to Battleship Potemkin is released on CD on EMI Classics – as is usual with classical releases, on the sleeve the record is primarily credited to the composers: Tennant/ Lowe. Earlier in the month they have performed the score as in Trafalgar Square last year four times in Germany: in Frankfurt, Bonn, Berlin and Hamburg. 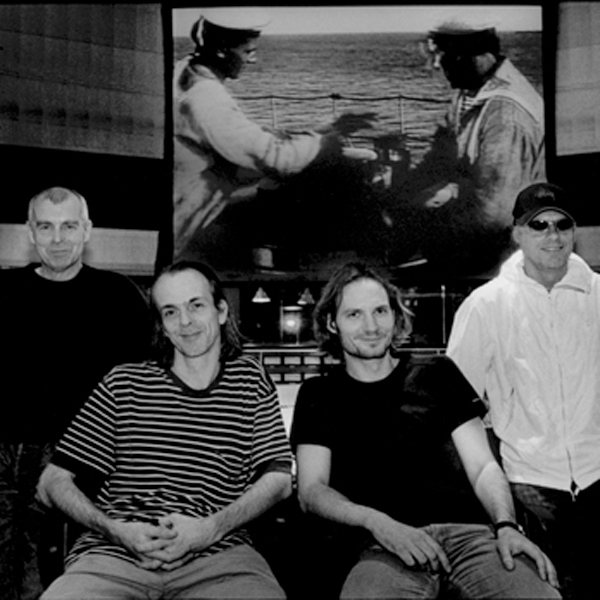 On December 19 they appear onstage at the nightclub Two Too Much, performing two songs at the London stag night for Elton John and David Furnish: "It's a sin" and "I will survive" – joined on the latter by Scissor Sisters' singer Jake Shears. Later in the week they attend the couple's wedding celebration.

Very and Very/Relentless are released.

An Audience with Elton John, featuring the PSB duet with EJ of 'Believe/Song for Guy,' is broadcast on U.K. television.

'New York City Boy' is released as a single.

The Boys' classic Performance concert video (with various extras) is released on DVD in the U.K.

This would have been the date of a PSB concert at the famed Hollywood Bowl—except it had been unexpectedly canceled three weeks beforehand without any explanation.

This evening they perform in Lima, the largest city and capital of Peru.