On March 6th, 'Various', a collection of the Pet Shop Boys' most recent videos, is released. 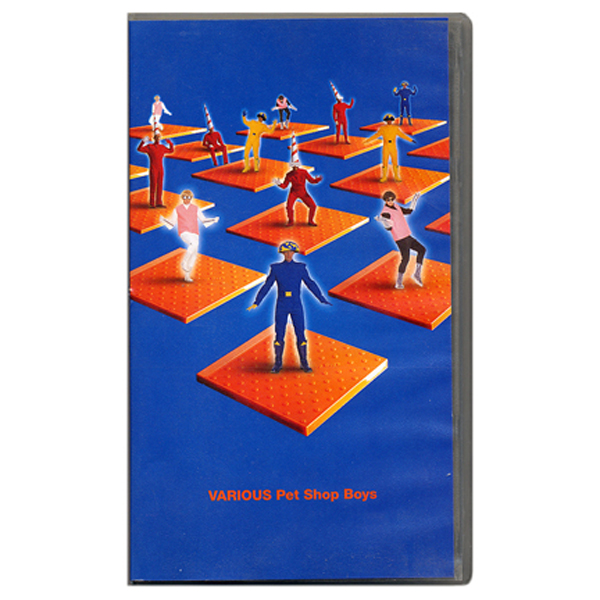 On July 31st, the Pet Shop Boys release 'Paninaro '95', a new version of the song they first recorded in 1986. It is based upon the new arrangement Chris performed on the 'Discovery' tour, and Chris' new, updated lyrics.

On August 7th an album of Pet Shop Boys B-sides is released. It is called 'Alternative' (a last minute change from the title which had always been saved for this record: 'Besides'). It contains thirty songs in chronological order from 'In the night' to 'Some speculation', and the first copies of the CD and album have a hologram on the cover which shifts between two photographs, one of Neil, one of Chris, both in fencing masks. "They're some of our favourite songs", Neil explains, "and it just seemed like a nice idea to have them in one place". On the same day, 'Discovery', a video of the Pet Shop Boys performing live in Rio de Janeiro, is released.

On December 19th the Pet Shop Boys record a two hour radio programme, Merry Pet Shop Boys, for Radio One to broadcast on Christmas Eve. They play their favourite records from the previous year, beginning with Livin' Joy's 'Dreamer' and ending with the Sleaze Sisters with Vicki's 'Let's Whip It Up', and including songs by Edwyn Collins, Grace, The Original, The Passengers, Dubstar, Gusto, Billie Ray Martin, and two by Oasis. During the recording they drink champagne, and eat twiglets and crisps. Neil leaves the band once, and Chris explains to a Radio One producer why he likes the records that he likes: "It's like art. You like it because you like it. You don't know why. I I like any song with the word 'love' in it. I like any record with love in it because, as far as I'm concerned, right, love's the only thing that matters".