On March 29 "Flamboyant", the other new song on PopArt, is released as a single, in a remixed version on which they worked with Narcotic Thrust's Stuart Crichton. One of the single remixes is by The Scissor Sisters, commissioned in the earliest days of their growing celebrity after the Pet Shop Boys heard their version of Pink Floyd's "Comfortably Numb" in a Hoxton nightclub. (Jake Shears later explains that he has tried to make this remix "like 'Station To Station' by David Bowie".) Another mix is by DJ Hell who also does a new "West End girls" remix which he is allowed to semi-officially release himself as a one-sided twelve0inch single in Europe under the name Paid Show Boys. 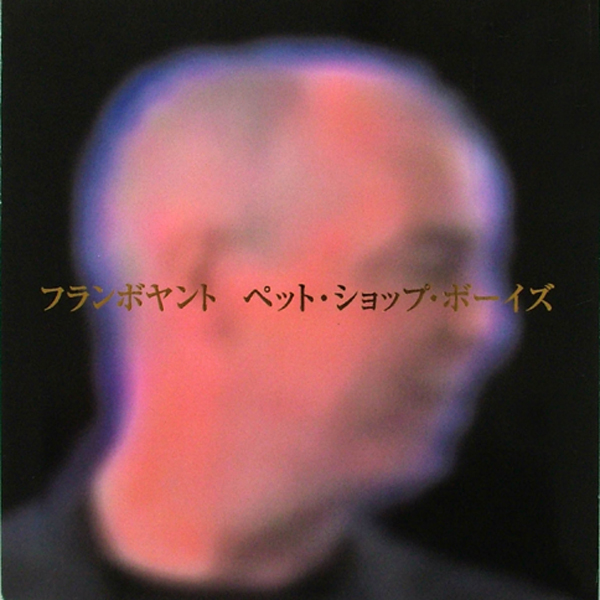 On March 6, the Pet Shop Boys perform a one-off concert at Barfly, the tiny Camden venue in an upstairs room of a pub, as part of a series of concerts to raise money for Warchild, performing live in front of an audience as a duo for the first time in twenty years. The set begins with three songs they have never played before in concert: "Try it (I'm in love with a married man)", "Tonight is forever" and "We're the Pet Shop Boys". (Also making their first appearances are "In private" and "Nervously".)

A character in Alan Bennett's latest play, The History Boys, set in a school in the 1980s, which opens in London to widespread acclaim, quotes, with the Pet Shop Boys' permission, from "It's a sin". They were flattered. "Thoroughly good play," says Chris. "Highly recommended."

On May 31 the Pet Shop Boys occasional Olde English label releases Pete Burns' single, "Jack and Jill party", written and produced by the Pet Shop Boys with additional lyrics by Dead Or Alive's Pete Burns. The song had originally been written before PopArt's release, using for its title a term Neil saw in a book of gay slang he'd been given: "a party attended by gays and lesbians". When Neil bumped into Pete Burns at the club night Nag Nag Nag, he mentioned they had a song that might be suitable for him. Even though it was only available through the Pet Shop Bys' website, it reached No 75 in the chart.

The Pet Shop Boys 2004 summer tour of festivals begins at the Storsjoyran festival in Ostersund, Sweden, in a new production designed by Ian McNeil and accompanied onstage by guitarists Mark Refoy and Bic Hayes, and percussionist Dawne Adams. The last of ten dates was at the TIM Festival in Sao Paulo, Brazil, on November 7.

On July 10 Neil celebrates his fiftieth birthday with a Warholian party billed as "A happening at the 'Factory'."

On July 26 the Rammstein single, "Mein Teil", about the German cannibal who shared a meal of the sautéed penis of his willing victim before killing him, is released. It includes two mixes by the Pet Shop Boys.

On the evening of September 12th the Pet Shop Boys' new score to Einsenstein's classic 1925 Russian silent film Battleship Potemkin is premiered in light drizzle at London's Trafalgar Square in front of an estimated audience of 20,000. (They had been approached with this idea in April 2003 by Philip Dodd, the director of the ICA.) The Pet Shop Boys perform behind gauze with the Dresdner Sinfoniker, conducted by Jonathan Stockhammer, playing orchestrations by Torsten Rasch who first came to their attention with his orchestral album of works by Rammstein, Mein Herz Brennt; above the performers the movie is projected on a giant screen. The performance is preceded by a provocative spectacle masterminded by, and rant from, Simon McBurney. They encore with one of the score's vocal songs, "No time for tears"

On September 27 the Pet Shop Boys film of their 1991 tour Performance is released on DVD, including an audio commentary from Neil, Chris and Chris Heath and, for the first time, the full version of "Where the streets have no name (I can't take my eyes off you)".

On October 4, Chris's birthday, the Pet Shop Boys receive the Inspiration Award at the Q awards, presented to them by Bernard Sumner. They are also joined on their table by Johnny Marr. As Bono walks through the crowd to receive a U2 award, he gives Neil a kiss.

On November 24 they perform live on the radio for the first time in the London studios of XFM, playing "Rent", "Opportunities", "Flamboyant" (for the first time) and "West End girls" (in its original Bobby O arrangement).

On November 11 the Pet Shop Boys perform at Wembley Arena as part of the Prince's Trust concert Produced By Trevor Horn, featuring most of the notable artists Trevor Horn has worked with over the years, including The Buggles, Dollar, Yes, Grace Jones, Tatu, Seal and Frankie Goes To Hollywood. They play the two songs they recorded with Trevor Horn in the Eighties, "Left to my own devices" and "It's alright". Both songs also appear in their studio single versions on the double CD Produced By Trevor Horn.